The South Korean company currently supplies batteries from its Nanjing, China, factory for Model 3 vehicles built at Tesla's Shanghai plant.
By : Reuters
| Updated on: 16 Oct 2020, 11:27 AM 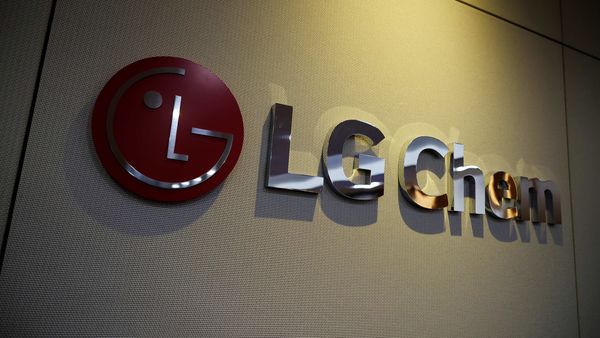 The logo of LG Chem is seen at its office building in Seoul, South Korea, October 16, 2020. REUTERS/Kim Hong-Ji

LG Chem is already moving ahead with battery joint ventures with GM and Geely and hopes to expand to other carmakers, Shin said, without elaborating.

"Our joint ventures with Geely and GM have been already announced, and we have ongoing discussions with a couple of other automakers," he said.

"We have started supplying to Tesla in earnest, and this is the beginning of a good partnership and we hope to expand the partnership," he said.

“We are in talks to expand cooperation with almost all automakers, and Tesla is one of them," he said.

However, Shin added that Tesla is not one of the companies LG Chem is discussing joint ventures with.

LG Chem, which has a factory in Poland, is also searching for a site for a new battery factory in Europe, he said.