The Commission will also start conducting vehicle checks, and said it has invested 7 million euros in two testing labs.
By : Reuters
| Updated on: 01 Sep 2020, 10:22 AM 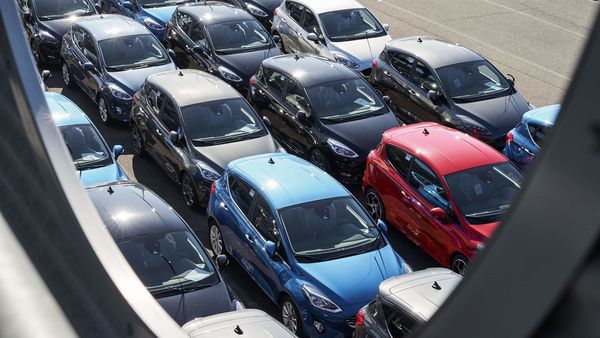 The EU had started overhauling the rules in 2013, but toughened its plans following the dieselgate scandal. (File photo used for representational purpose)

The European Commission will be able to recall vehicles and potentially revoke their roadworthiness certifications if they breach EU emissions limits, under new rules that apply from Tuesday and aim to avoid a repeat of the "dieselgate" scandal.

The rules give the European Union's executive power to check cars for compliance, order recalls across the 27-country bloc and issue fines of up to 30,000 euros per car for manufacturers whose vehicles breach EU laws on emissions or safety.

Previously, recalls and fines could only be issued by the national authority which approved the vehicle. The Commission said this system has not allowed cars to be fixed quickly on a wide enough scale.

The EU had started overhauling the rules in 2013, but toughened its plans following the "dieselgate" scandal, which saw German carmaker Volkswagen admit in 2015 to cheating US emissions tests, triggering court cases around the world that have cost the company more than 30 billion euros.

The new rules could also enable the Commission to revoke roadworthiness certifications, potentially opening up carmakers to compensation claims from European customers if they buy models which are later taken off the roads for breaching EU law.

It is usually up to an EU country to take measures against a non-compliant carmaker. Now, if the Commission deems those actions insufficient it can propose further corrective measures, including revoking the vehicle's type approval, which need majority support from EU countries, meaning one member state cannot block them.

The Commission will also start conducting vehicle checks, and said it has invested 7 million euros in two testing labs.

EU countries must meanwhile conduct minimum checks on cars already on the roads -- a move that aims to catch the use of emission cheat devices that perform differently in test settings to the real world.

Vehicle sales have plummeted in Europe amid the coronavirus pandemic, with new car registrations dropping by 38% in the first half of the year, compared with the same period in 2019, the European Automobile Manufacturers Association said.