Elon Musk tweeted an advertisement from years gone by about why owning a horse is better than buying a car.Some followers of Elon Musk on Twitter pointed out EVs may do to conventional cars what conventional cars had done to horses.
By : HT Auto Desk
| Updated on: 03 Mar 2021, 10:16 AM 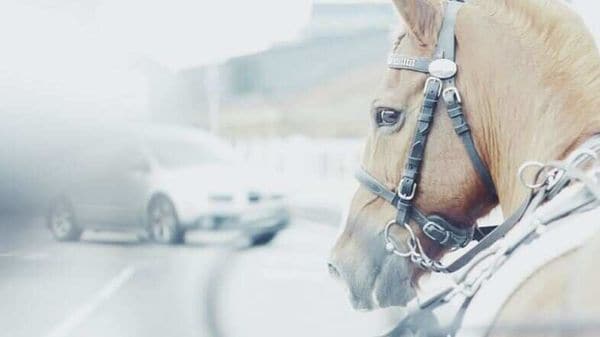 Tesla CEO Elon Musk recently shared what appears to be a vintage advertisement propounding the benefits of having a horse as a personal mobility option. While the tongue-in-cheek advertisement outlined the benefits of owning a horse over buying and maintaining a car, the tweet shared by Musk led to some hilarious banter on the micro-blogging platform.

While the date of the advertisement isn't known, it appears from times gone by and highlights how a horse is inexpensive to maintain, can tackle a wide variety of terrain and requires no 'storage' charges. In a bid to attract potential customers to buy a harness rather than a new car, the advertisement also points to how a horse won't depreciate in value even after two years unlike a new car.

Horses are even self-driving! pic.twitter.com/qPJrCFGs8J

As is the case with most of what Musk puts out on Twitter, this tweet also saw many reacting. While some people posted their photos on top of a horse, a few others went on to agree with the potential benefits of making use of a horse for transportation. One particular netizen may have taken the tweet a bit too seriously and outlined why the comparison between cars and horses isn't logical.

Most others though reflected on how passing times have a deep-rooted impact on personal mobility options and took the tweet as a reference point for what may yet be in store for the world now. The rise of electric vehicles, some said, will make number of conventional cars fewer and fewer. Some of Musk's followers said that EVs would do to conventional cars what conventional cars had done to horses. "At this point buying anything but a car with FSD capabilities is like buying a horse," wrote a Tesla fan club to which Musk even agreed with a simple 'Yup.'