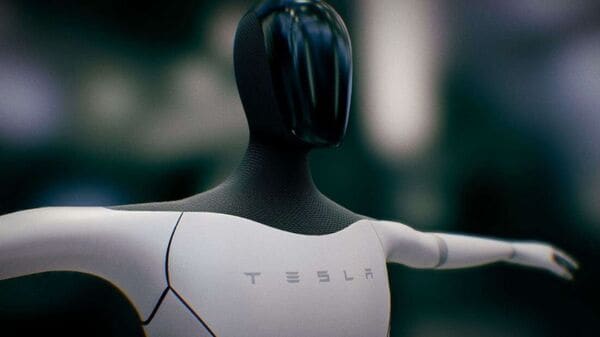 Life-size robots, say many, are inevitable as the pace of AI development makes for a clear-cut case for these.

Elon Musk, the world's wealthiest person, has said that Tesla is likely to have a prototype version of a humanoid robot called Optimus ready in the upcoming months. Musk had first highlighted the work being done on a humanoid robot during the Tesla AI Day back in August of 2021 and there is a possibility that further development could help Tesla have this human-size robot emerge as a bigger business than its electric vehicle (EV) division.

While Musk is learnt to have delayed the second Tesla AI Day which was scheduled for April 30, and without reason, he has pointed straight to the development in the work being done to develop the Optimus robot. Also often referred to as Tesla Bot, this robot has the potential to take over select physical chores that are otherwise performed by people.

During the Tesla AI Day in 2021, it had been revealed that the Optimus robot would stand around five feet eight inches tall and weight approximately 58 kilos. It would have a weight-carrying capacity of 20 kilos and its control would be through artificial intelligence that is also the backbone of Tesla EVs.

There have been concerns for long about humans taking over jobs meant for actual people and in current times of inflation and economic uncertainties across most parts of the world, this concern has been even more. But Musk had previously stated that the jobs assigned to Optimus would be choice-based. He had further highlighted that Tesla is in fact a robotics company of sorts because its cars have cutting-edge technology.

But is the world really ready to work alongside life-size robots that would always have the potential of working longer and potentially better because there won't be room for human errors and fatigue? This is more of a moral dilemma even if Optimus does emerge as a reality in some time from no