Home Auto News Elon Musk Antics May Be Turning Owners, Would Be Tesla Owners Away

Tesla CEO Elon Musk may be the wealthiest person in the world but his eccentric and often unorthodox style of doing business may now be turning off erstwhile fanboys.
By : Bloomberg
| Updated on: 01 Aug 2022, 12:30 PM 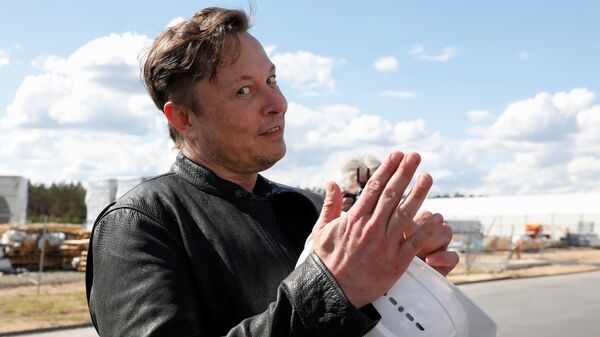 File photo of Tesla CEO Elon Musk at the construction site of Tesla gigafactory in Gruenheide, near Berlin.

Dennis Levitt got his first Tesla, a blue Model S, in 2013, and loved it. “It was so much better than any car I've ever driven," the 73-year-old self-storage company executive says.

He bought into the brand as well as Elon Musk, Tesla Inc.’s charismatic chief executive officer, purchasing another Model S the following year and driving the first one across the country. In 2016, he stood in line at a showroom near his suburban Los Angeles home to be one of the first to order two Model 3s —one for himself, the other for his wife.

“I was a total Musk fanboy," Levitt says.

Was, because while Levitt still loves his Teslas, he’s soured on Musk. “Over time, his public statements have really come to bother me," Levitt said, citing the CEO’s spats with US President Joe Biden, among others. “He acts like a seven-year-old." 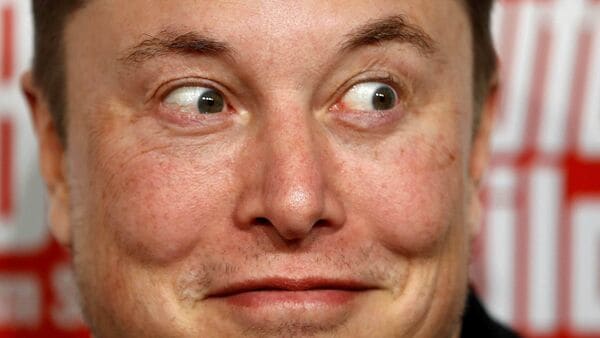 Elon Musk has often been slammed for many of his outwardly views but he still is one of the most-followed personalities on social media sites. (REUTERS)

Before it was reported Musk had an affair with Sergey Brin’s wife, which he’s denied; before his slipshod deal, then no-deal, to acquire Twitter Inc.; before the revelation he fathered twins with an executive at his brain-interface startup Neuralink; before SpaceX fired employees who called him “a frequent source of distraction and embarrassment"; before his daughter changed her name and legal gender after his history of mocking pronouns; before an article said SpaceX paid an employee $250,000 to settle a claim he sexually harassed her, allegations he’s called untrue; Musk’s behavior was putting off prospective customers and perturbing some Tesla owners.

The trends have shown up in one consumer survey and market research report after another: Tesla commands high brand awareness, consideration and loyalty, and customers are mostly delighted by its cars. Musk’s antics, on the other hand? They could do without.

Creative Strategies, a California-based customer-experience measurer, mentioned owner frustration with Musk in a study it published in April. A year earlier, research firm Escalent found Musk was the most negative aspect of the Tesla brand among electric-vehicle owners surveyed.

“We hear from Tesla owners who will say, ‘Look, I love my vehicle, but I really wish I didn't have to respond to my friends and family about his latest tweet,’" says Mike Dovorany, who spoke with thousands of EV owners and potential buyers during his two years working in Escalent’s automotive and mobility group.

If our reality is actually an alien soap opera, our ratings would be 🚀💥💫

Tesla has so far had no trouble growing its way through Musk’s many controversies. The dip in vehicle deliveries the company reported last quarter was its first sequential decline since early 2020 and largely had to do with Covid lockdowns in Shanghai forcing its most productive factory to shut for weeks. Competitors that have been chasing the company for a decade may still be years away from catching up in the EV sales ranks.

Musk’s star power, built in no small part by his activity on Twitter — the same forum where he’s become such a lightning rod — has contributed immensely to Tesla, especially since it has shunned traditional advertising. His steady stream of online banter, punctuated with the occasional grandiose announcement or stunt (see: shooting a Roadster into space) keeps Tesla in the headlines. During the company’s earlier days, the trolling and glib comments were a feature, not a bug. They allowed Musk to shape media coverage and made him the ringleader for Tesla’s legion of very-online fans.

But after making Tesla and himself so synonymous with one another, Musk has waded into political conflicts, attempted to buy one of the world’s most influential social media platforms and struggled to batback unflattering coverage of his personal life, putting the company’s increasingly valuable brand at risk.

Jerry James Stone, a 48-year-old chef in Sacramento, California, who teaches his 219,000YouTube channel subscribers how to make vegan and vegetarian meals, drives a Volkswagen Beetle convertible and plans to go electric with his next car. He isn’t sure yet which model, but certain it won’t be a Tesla.

“Elon has just soiled that brand for me so much that I don't even think I would take one if I won one," Stone says. “You have this guy who's the richest dude in the world, who has this huge megaphone, and he uses it to call somebody a pedophile who's not, or to fat-shame people, all these things that are just kind of gross."

According to Strategic Vision, a US research firm that consults auto companies, some 39% of car buyers say they wouldn’t consider a Tesla. That’s not necessarily out of the ordinary — almost half of respondents say they won’t consider German luxury brands. But Tesla does lag more mass-market brands: Toyota, for example, is only off the shopping list for 23% of drivers.

Emma Sirr, a 28-year-old worker in cloud computing who lives in Bozeman, Montana, gets around with her partner and their two dogs in a 2004 Nissan Frontier. They've been researching EVs for about three years and until recently considered Teslas the only viable option, given their range and the charging infrastructure the company has built in their area. But they refused to buy one because of Musk, their main gripes being his politics, staff turnover at the company and its cavalier approach to autonomous-driving technology.

“We took Tesla off the table from the get-go," Sirr says. She and her partner have their eyes on the Kia Niro and Chevrolet Bolt as possible alternatives. “As consumers, our power is what we buy. I think younger generations in particular vote with their wallets, and I feel like that might come back to bite." 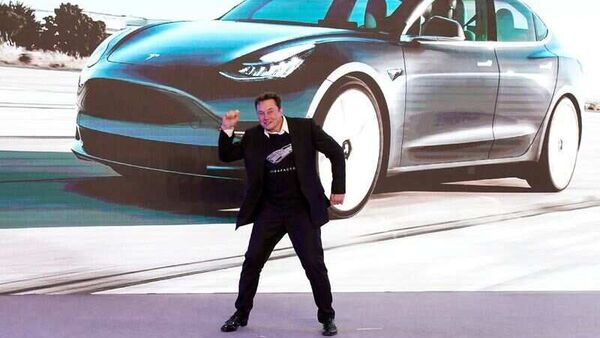 Musk in front of a photo of Model 3 which is the most-affordable Tesla at present. Tesla also has plans of an even more affordable EV which could make way to developing markets. (REUTERS)

For much of the past decade, Tesla lacked competitors that matched its models’ battery range and other measures of performance. Consumers put off by Musk’s mischief had few EVs to turn to. As legacy automakers introduce more capable electric models, Tesla won’t have as much leeway.

“We've seen among the early adopters more of a willingness to take risks or to put up with things that are out of the ordinary," says Dovorany, who left Escalent for an automotive tech startup earlier this year. “We're not seeing that as much with incoming buyers. "To win this cohort, automakers need to check every box, and for some, that includes employing a CEO who doesn’t share Hitler memes on social media.

Levitt, the self-described former Musk fanboy, took a test ride last month in a Lucid. He wasn’t sold on it, partly he says because it didn’t have enough cargo space for his golf gear. He’s still waiting for another automaker to steal him away from Tesla and considering models from Audi, Mercedes and BMW.

“If you take Mr. Musk and his antics out of the equation, I'm about 98% certain that my next car would be a Tesla," Levitt says. “His antics put me in play."