Huawei wants to make driverless car technology available in the market as soon as is possible.Once described by Donald Trump administration as a threat to the US, Huawei has been taking a keen interest in the automotive space in recent times.
By : HT Auto Desk
| Updated on: 11 Jun 2021, 09:27 AM 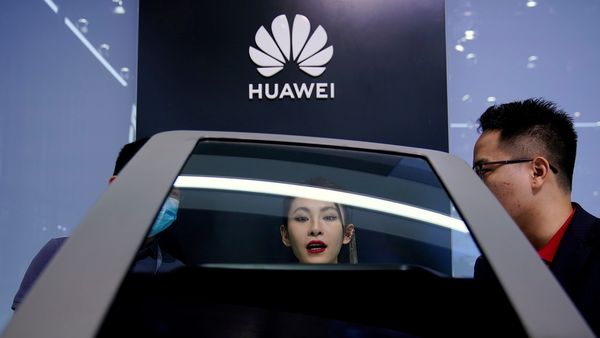 File photo: People check a display near a Huawei logo during a media day for the Auto Shanghai Show in Shanghai.

That Huawei Technologies has plans of entering the automotive space has been known for some time but the latest coming in from the Chinese electronics giant is that it aims to roll out its driverless car technology as early as by 2025. Huawei is the world's largest telecommunications company and has been taking a keen interest in the automotive space at a time when other electronics giants too have looked down this particular road.

Huawei clearly sees potential in the rapidly changing global automotive business and recently expanded its partnership with Chongqing Changan Automobile Co Ltd to include the design and development of auto-use semiconductors. Past reports have also suggested that it has been in talks with at least two Chinese auto companies to take over their EV units.

That driverless car technology is a key part of its auto ambitions has since been clearly established. "Our team's goal is to reach true driverless passenger cars in 2025," Wang Jun, senior executive at Huawei's smart vehicle unit, told an industry conference.

Huawei has primarily been in the business of making and selling smartphones around the world. but reports suggest since it was hammered by US sanctions - the Donald Trump administration had referred to Huawei as a threat to the US, the Chinese company has been compelled to look elsewhere. The automotive sector may have shown some enormous potential.

Huawei is hardly the only tech company trying to find a footing in the automotive space. It is reported that the likes of Xiaomi and Oppo too have ambitions of rolling out their respective self-drive models. And then there's Apple reportedly working to enhance its understanding of the automotive space as well. All in all, it could well be exciting times ahead as traditional auto companies face new challenges from tech-based firms.