This is the first evidence that Huawei is looking to go beyond just offering auto operating systems and have an end-to-end presence in the EV business.
By : Reuters
| Updated on: 29 Apr 2021, 12:02 PM 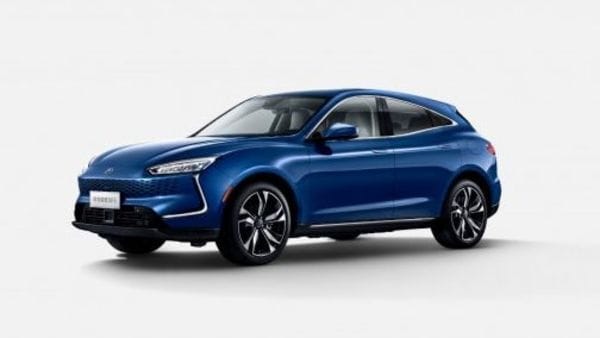 China's Huawei Technologies is in talks to take control of a small domestic automaker's electric vehicle unit, two people with direct knowledge of the matter said, in what is seen as a strategic shift for the world's largest telecom equipment maker.

Huawei, which has been battered by US sanctions, is in talks with Chongqing Sokon to acquire a controlling stake in the latter's Chongqing Jinkang New Energy Automobile, said the sources.

The move will allow Huawei to make intelligent cars bearing its own nameplate, they added. Jinkang counts US EV brand Seres, formerly known as SF Motors, as its main asset.

It would also provide the first evidence that Huawei is looking to go beyond just offering auto operating systems and have an end-to-end presence in the EV business.

Huawei and Sokon did not immediately respond to requests for comment.

The push into smart cars, if finalised, would signal a major shift in business focus for Huawei after two years of US sanctions that have cut its access to key supply chains, forcing it to sell a part of its smartphone business.

Huawei's foray into EVs comes as technology firms such as Xiaomi Corp have been stepping up efforts in the world's biggest market for such vehicles, as Beijing heavily promotes greener vehicles to reduce carbon emissions.

"As individual consumer demand for smart EVs has been picking up notably since mid-last year, the track is now clear and solid in front of the tech giants," said Yale Zhang, managing director of Automotive Foresight.

"Despite of their years of success and experience in smartphone markets, it will still take a few years for them to build a car brand acceptable in the EV sector."

As part of the deal, Huawei also plans to buy an undetermined stake in privately-owed Chongqing Sokon Holdings, the biggest shareholder of Shanghai-listed Sokon, said one of the sources.

Richard Yu, head of Huawei's consumer business group who led the company to become one of the world's largest smartphone makers and has recently shifted his focus to EVs, is leading the talks with Sokon, said the two people.

The telecom giant looks to finalise the deal as soon as July, said the other source.

Huawei is also seeking to control the EV brand ArcFox of BAIC's BluePark New Energy Technology, which recently launched its Alpha S model equipped with the "Huawei Inside" system, said the two people and another person with direct knowledge.

But BAIC is more keen to have Huawei just as a minority shareholder in ArcFox, they added.

A BAIC representative referred the query to BluePark which did not immediately respond to a request for comment.

All the sources declined to be named.

In February, Reuters reported that Huawei plans to make EVs under its own brand and could launch some models this year.

Sales of new energy vehicles, including pure battery electric vehicles as well as plug-in hybrid and hydrogen fuel cell vehicles, are expected to make up 20% of China's overall annual auto sales by 2025.

For months, Huawei has been deeply involved in the operation and manufacturing of the little-known Sokon and its loss-making Seres unit.

Under the tie-up, Seres's first model, "Huawei Smart Selection" SF5, debuted at the Shanghai Auto Show and received over 3,000 orders within two days after the pre-sale started last week, according to Seres.

Huawei is selling SF5 vehicles in its stores across China including its online store VMall.com.

The company aims to launch the first intelligent car under its own brand for mass production at the earliest by the end of this year, said one of them.

Huawei has high expectations for the model, which is under development based on the Seres SF5, but the existing supply chain of Sokon is struggling to meet such expectations, said the same person.

"The supply chain for the auto industry is very long and complicated," said the person. "Huawei does have its strength in software and platform but its ideas can't be realized without solid technology improvements in the supply chain."