Electric vehicle sales likely to rise by three times in next 4 years: Report 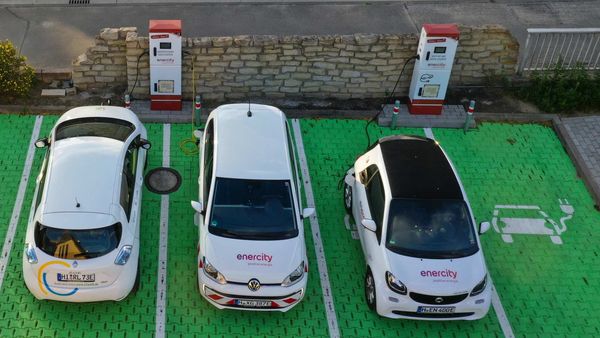 Electric vehicle sales around the world is likely to rise to 6.2 million by 2024, almost three times higher than the volume sold in 2019, according to S&P Global Market Intelligence.

During a recent webinar, MI said that it expected the electric vehicle segment to dominate demand increases in lithium and cobalt in the next four years, contributing to 73% and 79% of total demand growth, respectively.

The report forecasts global EV sales in 2020 to fall 5.8% year on year, with total sales reaching just over 2 million units, compared to a 19% decline in overall car sales.

"In Europe and China, policy support for plug-in vehicles remain the dominant driver for sales," Yu said. "We have seen higher sales in the EU on a year-on-year basis compared to China. Despite that the Chinese economy recovered more quickly from the impact of Covid-19."

She noted that EV sales in China in 2020 were expected to decline by 23% year on year to 821,000 units, with a continued sales recovery expected in the second half of the year.

Yu added that MI expected sales in the second half of 2020 to account for two-thirds of annual sales, as first-time ownership rose to minimise virus contagion risk and EV purchases taking place before the current subsidy rates were lowered in 2021.

According to MI data, China's monthly new energy vehicle sales in May and June were just 77% and 67% of sales in the same months of 2019.

According to S&P Global Market Intelligence, although sales and production did shoot up in June 2019 before NEV subsidies were halved, China's NEV penetration rate was also lower and averaged 3.8% in the first six months of 2020, from 5.1% in 2019.

The lower Chinese sales were expected to be offset by higher sales in Europe, where MI forecasts passenger EV sales in 2020 to rise 45% year on year to just over 500,000 units, due to increased policy support in France and Germany, as well as tighter CO2 emission rules.

France and Germany, the EU's largest EV markets, unveiled plans in late May and early June to temporarily increase plug-in vehicle purchase subsidies as part of their national stimulus plans, allowing EVs to drive recovery in their automotive sectors.

"We also believe that some automakers may have held back some plug-in vehicle sales at the end of last year, which counted into sales for this year," Yu said.

According to MI, passenger EV registrations in the EU over the January-May period rose 69% year on year, while penetration rates also increased to 7.2% over the same period, compared to 2.5% in 2019.