Home Auto News Ev With No Battery? How Covid 19 May Help Wrest Business From China

EV with no battery? How Covid-19 may help wrest business from China

Marian Bocek is an investor in battery gigafactories and feels Europe must use the present situation to put its own supply lines in order rather than continuing to depend on China.
By :
| Updated on: 25 Apr 2020, 12:05 PM 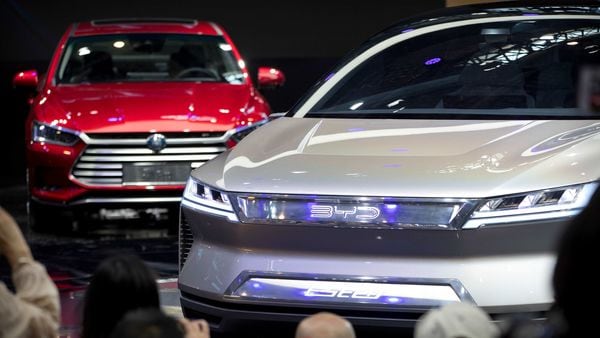 China is the world's largest electric vehicle market and is also home to several component makers that supply crucial parts to assist manufacturing in other countries. (File photo used for representational purpose.)

For Marian Bocek, the coronavirus is a reminder that Europe needs to reduce its dependence on China, especially when it comes to making parts for the next generation of cars and trucks.

The co-founder of London-registered asset manager IPM Group conceived a plan to start building a 1 billion-euro ($1.1 billion) electric car battery factory in his Slovakia as early as next year and produce enough batteries to fit out 240,000 electric vehicles a year by 2024.

He’s one of two major investors using home-grown capital to create more than a dozen battery gigafactories needed to power cars soon to be produced in Europe by manufacturers from Volkswagen AG to BMW AG. China currently controls three-quarters of the global battery cell supply chain, compared with just 4% for Europe, according to a BloombergNEF study.

“Coronavirus is exposing Europe to its dependency crisis on China," said Bocek in an interview in Bratislava. “Assembly lines will be up and running, and we will be producing millions of electric vehicles -- but no batteries. The moment you create a European supply value chain is the moment you reduce the risk."

The European Union has approved 3.2 billion euros of state aid for electric car projects across 17 companies, hoping to unlock 9 billion euros to build up the industry’s supply chain in the region. Bocek has already raised 100 million euros, including financing from the Slovak government, and is seeking support from the European Investment Bank for his project in Kosice in the eastern part of the country near the border with Hungary and Ukraine.

It’s an effort to get a larger piece of the $25 billion global battery market, which is expected to soar to $116 billion by 2030, according to BloombergNEF. The EU is backing efforts to retool factories for low-emissions cars that comply with its climate goals, and that will bring funding to Slovakia and the Czech Republic.

Suppliers like Bocek and Motor Jikov Group AS working to get a piece of the car battery market, noting there’s enough momentum behind electric car investments to keep the industry moving through the health crisis.

“Automakers will prioritize electrification projects as far as possible rather than let them wither on the vine," Al Bedwell, a director at U.K.-based research firm LMC Automotive, said in a report. “The Covid-19 crisis is a transient situation, but the shift to electrification is baked into the future strategy."

The European Commission estimates that 20 to 30 battery gigafactories will have to be built in the EU to supply automakers. There are already a handful of European-based companies producing batteries. They include LG Chem Ltd., the Seoul company that makes EV batteries in Poland; Samsung SDI Co., which has units in Germany, Austria and Hungary; and Japan’s Envision AESC Holding Ltd. factory in the U.K.

“We will certainly see a diversification of manufacturing bases with more localized production occurring," said James Frith, an analyst at BloombergNEF in London. “It’s not just Europe versus China. It’s about competition and the European Union is trying to ID national or European champions."

The other purely European battery project under development NorthVolt AB in Sweden. Its partners include ABB Ltd., Scania ABB and BMW. Founded in 2016, it hopes to start commercial production by next year.

Bocek is no stranger to new-energy and carbon-reduction goals. He’s already invested in solar energy in South Korea, a French LNG terminal as well as a Turkish hospital complex.

In a first phase, InoBat set up a Research & Development center outside of the capital of Slovakia, Bratislava, which is within reach of factories building Volkswagens, Kias, Peugeots and Citroen.

The R&D center is trying to push the envelope of battery construction and technology to make them stronger and last longer, and a pilot line of commercial-ready batteries should be rolled out by the end of next year, he said, when work on the production plant is scheduled to begin.

The goal is to build a battery factory in Kosice. With lower operating and labor costs, Bocek said he hopes the price of the eventual output would be competitive with the cost of units made in China.

“The aim is to bring the capabilities to Slovakia, and we aim to be near the car companies and able to customize the battery products" close to the potential buyers, he said. “Slovakia is in central Europe, and you have access to broader markets, including Ukraine."

And after 17 years working and studying abroad, including at Lehman Brothers in New York, Bocek has spent the past five years trying to raise the image of central Europe, which began building free-market economies 30 years ago after decades of communist regimes.

The region “can rise to the challenge, and it’s a bigger opportunity than the Internet boom of the nineties," said Bocek. “The region is waking up and says: ‘We can be solvers of the energy crisis in Europe by building this battery plant."