Driving between Delhi and Noida? Get ready for random Covid tests

As Covid cases spiral in Delhi, the authority has decided to conduct random tests on people commuting between the two cities from Wednesday.
By : HT Auto Desk
| Updated on: 18 Nov 2020, 09:27 AM 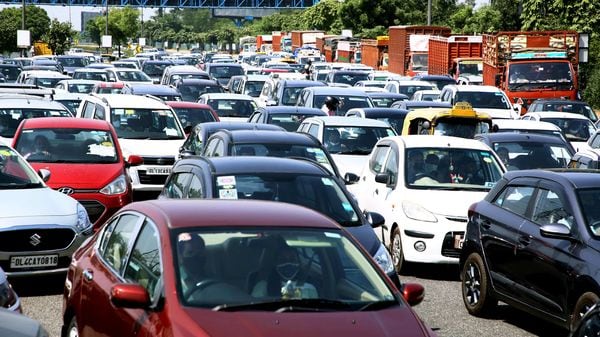 DND flyover has been picked as one of the spots where random Covid tests are to be done on commuters travelling between Delhi and Noida. (File Photo)

Covid-19 cases are once again on the rise in the national capital. In order to check the spike, rapid antigen-based tests will be conducted among commuters travelling between Delhi and Noida.

An order by the Gautam Buddh Nagar administration was passed on Tuesday, giving nod to this random testing that will be done for people travelling through DND flyover and Chilla in Eastern suburbs of Delhi starting today.

"This rise has been due to cross-border infection from areas like Delhi and others. So, a random sampling of such people will be done and all institutions (here) will be issued advisory to look out for symptomatic people, track them early and provide them with whatever treatment is required," Gautam Buddh Nagar District Magistrate Suhas L Y was quoted by PTI.

However, the district administration has clarified that there will be no restriction of movements between the two cities as was the case during lockdowns.

The decision comes days after there was an increased cross-border movement of people during the recent festivities. The administration said the coming few days are going to be "crucial" and the health department has also been directed to make adequate preparations in hospitals.

The district administration has said that only a few randomly selected commuters between Delhi and Noida will be tested under the drill.

While travelling between the two cities, people have been advised to follow all Covid-19 protocols like wearing masks or covering face, maintaining social distancing norms in public places among others.

All institutions in Gautam Buddh Nagar will be issued advisory to look out for symptomatic people, track them early and provide them with whatever treatment is required.

Delhi has recorded over one lakh new coronavirus cases and around 1,200 deaths between November 1 and November 16 while nearly 94,000 patients recovered during the same period, according to official data.

The national capital has witnessed a sudden spike in Covid-19 cases since October 28 when the daily rise breached the 5,000-mark for the first time and it crossed the 8,000-mark on November 11.