A likely Democratic objective is expanding a tax credit currently valued at as much as $7,500 for the purchase of an electric vehicle, such as those made by Tesla Inc. and Ford Motor Co.
By : Bloomberg
| Updated on: 13 Feb 2021, 01:39 PM 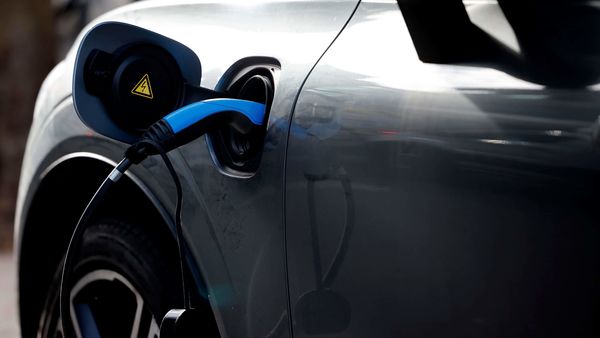 A key House lawmaker unveiled plans to pursue tax breaks for renewable energy as a way to ease the shift away from fossil fuels in President Joe Biden’s upcoming infrastructure bill.

“Transitioning away from fossil fuels is going to require some tax incentives," House Ways and Means Chairman Richard Neal, a Massachusetts Democrat, said Friday at a virtual tax policy event.

(Also Read: Clean tech valuations are wildly out of sync with company profit)

The administration has already started engaging with top lawmakers on Biden’s economic rebuilding program -- his longer-term follow-up to the Covid-19 relief package. The $1.9 trillion aid bill is currently moving through the House, and Biden is expected to unveil his second initiative later this month; some economists see it weighing in at $2 trillion.

“I don’t think the federal government should give handouts to Big Oil to the tune of $40 billion in fossil-fuel subsidies," Biden said Jan. 27.

A likely Democratic objective is expanding a tax credit currently valued at as much as $7,500 for the purchase of an electric vehicle, such as those made by Tesla Inc. and Ford Motor Co. Automakers have encouraged lawmakers to expand the incentive by lifting a per-manufacturer cap on available credits.

Lawmakers also may restructure the credit to better target it to lower-income motorists and ensure its benefits don’t flow mostly to wealthy Americans; that could come in the form of a phase-out for higher-income taxpayers.

Neal said he believes that an infrastructure bill could get bipartisan support. That’s a view shared by Republican Senator Shelley Moore Capito of West Virginia, who was one of several lawmakers to meet with Biden about infrastructure on Thursday.

“The president listens. He’s interested in a give and take," Capito, the top GOP member of the Senate Committee on Environment and Public Works, told reporters after the meeting. “It’s been very sincere and very clear. No promises made, but he knows that our committee could work.“

Capito said the lawmakers are still discussing how to pay for such a plan, a challenge that’s halted infrastructure talks in the past. Lawmakers have resisted increasing the tax on gasoline, which since 1993 flows to the Highway Trust Fund, and the scope of the plan will likely require other tax hikes, including on U.S. businesses and their foreign profits.

“We need to put the pandemic and the recession behind us before we have this conversation," he said.