Delhi government recently took the decision to ban the entry of heavy vehicles from other states from October to February in an effort to reduce vehicular emissions.
By : HT Auto Desk
| Updated on: 26 Jun 2022, 18:08 PM 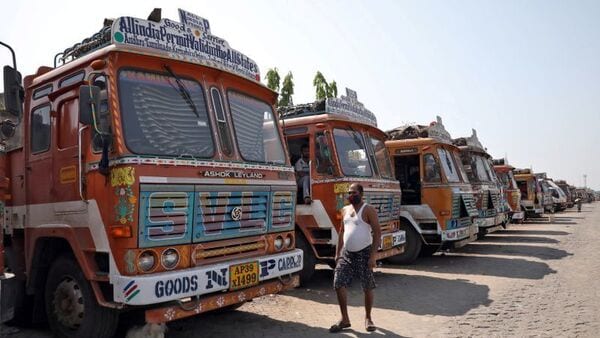 Confederation of All India Traders (CAIT) on Sunday stated that the Delhi government's decision to ban medium and heavy goods vehicles for five months from October will hurt business in the city as the move will restrict the movement of goods. The Delhi government took the step to ban the movement of medium and heavy vehicles to reduce vehicular pollution from October to February next year. However, officials said vehicles carrying fruit, grains, milk, vegetables and other essential commodities will be allowed.

According to a report by PTI, the traders' body Secretary General Praveen Khandelwal said this decision by the government is not well-thought as it has been taken without taking into account the consequences. “This decision will result in a great crisis as with this draconian decision no goods will come to Delhi nor goods can be sent from Delhi for five months as all the goods in Delhi come in trucks from other states and trucks run on diesel. Due to the long distances no trucks can run on electric or CNG power," added Khandelwal.

The secretary-general also shared that this step will adversely impact numerous businesses as these five months are profitable due to various festivities and wedding season. The report also stated that the traders' body has called a meeting of Delhi's leading business associations on June 29, to decide the future course of action related to this issue. “Since it will also badly affect the transport business, CAIT is in talks with transport organisations and in collaboration will launch an agitation against Delhi Government," added the traders' body.

Delhi government recently took the decision to ban the entry of heavy vehicles from other states from October to February in an effort to reduce vehicular emissions. Delhi pollution touches hazardous levels in the winter due to stubble burning, climatic conditions and vehicular emissions.