The EV charging stations were installed by Tata Power discom in the Delhi NCR region. Apart from 1,400 EV home chargers, the discom will also set up around 50 public EV charging points as well.
By : HT Auto Desk
| Updated on: 21 Dec 2021, 13:17 PM 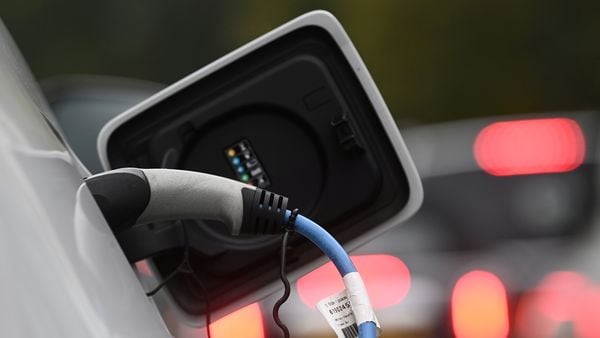 The Tata Power Delhi Distribution Limited (TPDDL), which is a joint venture between Tata Power and the Delhi government, has installed more than 1,400 electric vehicle charging points in the state. The company made the announcement, saying that a few more public EV charging stations are going to be added to the list soon.

The EV charging stations can cater to electric vehicles of all segments, including two- and three-wheelers. The Tata Power Delhi Distribution is working with the North Delhi civic body to set up 50 public EV charging points in the next few months. Ganesh Srinivasan, Chief Executive Officer at the TPDDL, said, "We have already installed around 50 EV public chargers (nine in TPDDL area of operations) and 1,400 home chargers in NCR. We are also looking to identify 50 top resident welfare associations(RWAs) in our licensed area for installing 2-3 two charging stations per RWA."

The Tata Power Delhi Distribution, has been working to install both private and public EV charging infrastructure in the national capital region. The agency is also offering its land on lease to install such chargers and battery swap stations. “Two battery swap stations at TPDDL Azadpur and Rohini RG-3 Grid have been deployed in collaboration with SUN Mobility in the land lease model," Srinivasan added. Such stations with battery swap facility will offer quick services to two- and three-wheelers, including e-rickshaws, along with AC/DC chargers for all types of electric vehicles.

The company is also working on OPEX model where it installs EV chargers to private owners on lease basis. This will help the company set up, operate and maintain the charging units while the lease amount will be paid to the land owner in the form of actual unit consumption.

Delhi government, which launched its own EV policy last year, has been aggressively pushing customers to shift to EVs in order to bring down pollution in the city. Between September and November this year, electric vehicles accounted for about nine percent of all vehicles sold in the state. The Delhi government says the figure is at least six times higher than the national average and has surpassed the sale of CNG and diesel vehicles in Delhi in the last quarter.