Home Auto News Cyclone Amphan: How Maruti Has Reached Out To Customers

Cyclone Amphan: How Maruti has reached out to customers 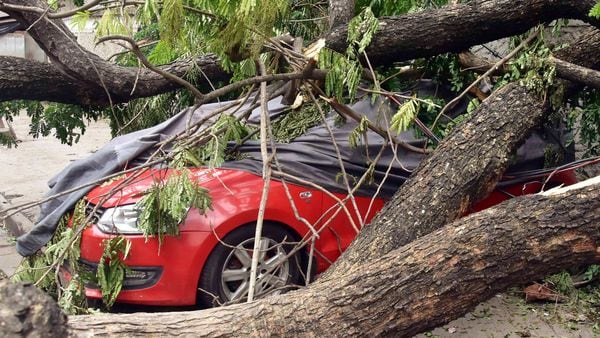 A car damaged by an uprooted tree in the aftermath of Cyclone Amphan in Kolkata.

Maruti Suzuki on Wednesday informed that while it had already put into place an awareness program for its customers before Cyclone Amphan made landfall, it is now reaching out to provide vehicle-related assistance where required.

Maruti has said that it had already dug into its database of over three lakh customers and SMSed them about how to possibly safeguard their vehicles - on May 20.

The country's largest car maker has said that officials were assigned a district and their mobile number was shared with the customers in that area for help and support. It has now tied up with seven vehicle towing agencies to provide assistance to customers while spare parts have been requisitioned on a fast-track basis to meet their needs. All the workshops in affected areas which had previously opened as per government guidelines have now once again resumed operations.

Maruti Suzuki has 425 service centres across West Bengal, Odisha, Andhra Pradesh and Jharkhand. Of these, 84 workshops in West Bengal, 58 in Odisha, 72 in Andhra Pradesh and 5 in Jharkhand are operational. Partho Banerjee, Executive Director, Service, Maruti Suzuki India, has said that fast and effective support is being provided to customers. "We have set up exclusive teams to coordinate, monitor and provide 24x7 support to customers at all service workshops in the region," he said.

Customers are also being increasingly urged to make use of facilities like ‘Service on Wheels’ and ‘Pick and Drop’ in view of the prevailing threat from Covid-19.