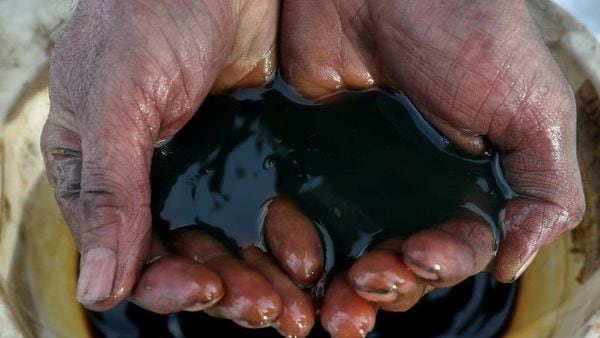 While demand has been challenged, the Organization of Petroleum Exporting Countries and its allies including Russia have stayed the course in relaxing the output curbs imposed in the early phase of the pandemic.

Oil steadied after a three-day slide that was driven by the growing threat to demand from the spread of the delta coronavirus variant.

West Texas Intermediate traded near $67 a barrel after losing almost 3% over the previous three sessions. U.S. gasoline consumption fell for a third week, according to a survey by Descartes Labs, while data from China revealed a slowdown in July. Oil gave up some gains from earlier in the session as a strengthening dollar made commodities priced in the currency more expensive.

After a blistering rally in the first half, crude’s advance has been checked in July and August. The delta variant has spurred fresh curbs on mobility in many nations including China, harming energy consumption. Against that backdrop, JPMorgan Chase & Co. has been among bank’s reducing oil price forecasts.

“These periodic corrections are likely to be short-lived and the longer-term trend will still be a move higher," said John Driscoll, chief strategist at JTD Energy Services Pte. “Signals point to a recovery. Demand is likely to rebound unless these new virus variants result in massive lockdowns."

While demand has been challenged, the Organization of Petroleum Exporting Countries and its allies including Russia have stayed the course in relaxing the output curbs imposed in the early phase of the pandemic. Daily supplies will rise by 400,000 barrels a day this month. The group’s next regular meeting is set for Sept. 1, and follows a call from U.S. President Joe Biden earlier this month for the cartel to restore more production to bring gasoline prices down.

Crude’s decline on Monday reflected concerns over the impact of delta on demand, according to Goldman Sachs Group Inc. Still, that challenge would be transient and the bank said it was standing by a forecast for Brent to hit $80 a barrel next quarter amid a sustained deficit, according to an Aug. 16 note.

Brent’s prompt timespread was 37 cents a barrel in backwardation. While that’s a bullish pattern -- with near-dated prices above those further out -- it is down from 62 cents about a month ago.