Creta, Alcazar fail to lift Hyundai in November, sales drop by more than 20%

Plagued by supply crisis, Hyundai's November sales has dipped sharply compared to the same period during last year due to production challenges.
By : HT Auto Desk
| Updated on: 02 Dec 2021, 10:46 AM 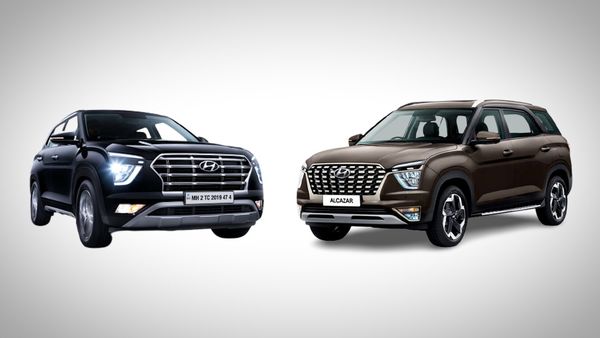 Creta, Alcazar fails to lift Hyundai in November, sales drop by more than 20 per cent.

Hyundai Motor, India's second largest carmaker in terms of sales, has witnessed a sharp drop in November. The Korean carmaker has reported a 21 per cent decline in overall sales with just 46,910 units sold in November. As far as cars sold in India, the drop in sales is almost a fourth of what Hyundai sold in November last year.

Compared to last month, Hyundai had sold 59,200 units in November last year. The sharp drop in sales is attributed to the ongoing global chip shortage crisis. The crisis has adversely affected production of most of the carmakers in India, including Hyundai.

Hyundai's November sales numbers is quite similar to what the Korean carmaker could achieve in the previous month as far as passenger vehicles sold in India. Hyundai sold 37,021 units in October this year, compared to just 37,001 units sold last month. In November last year, Hyundai had sold 48,800 units of passenger vehicles in the country.

Hyundai has also seen a dip in exports as the carmaker reported a decline of 5 per cent to 9,909 units, compared to 10,400 units in November last year.

Hyundai's less than expected sales figures last month bears testament to long waiting periods for its popular cars. Hyundai Creta, considered to be the leader in the compact SUV segment, has not been able to contribute as well as it did last year. The sale of Hyundai's three-row SUV Alcazar too has suffered due to the ongoing crisis. Currently, the waiting period for these cars range anything between six and nine months.