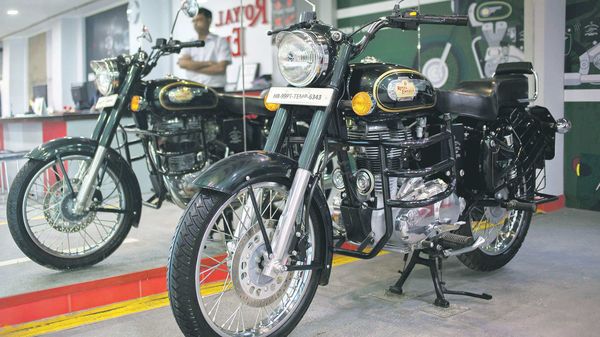 Bangalore-based used two-wheeler selling platform CredR has announced plans to invest $15 million (approximately ₹110 crore) in its used two-wheeler business in the FY21-22. As part of this investment strategy, CredR plans to launch 50 franchise showrooms across India in the next financial year and taking the total number of showrooms to more than 100 by 2023, as claimed by the company.

The new showrooms are claimed to be selling Gold standard used two-wheelers. As CredR claims, the consumers who will come to these showrooms will get a similar experience as one gets while buying a new two-wheeler.

The company currently has showrooms in seven cities across India that are Delhi-NCR, Jaipur, Bhilwara, Chittorgarh, Sikar, Pune, Bangalore. Under the new investment strategy, the pre-owned two-wheeler selling company is aiming to expand its presence to more cities in the coming months.

Talking about the strategy, Sasidhar Nandigam, Chief Strategy Officer, CredR said that there has been a 400% surge in demand for used two-wheelers as the Coronavirus pandemic has reinforced the need for a personal vehicle. “In FY20, there were 1.3 used two-wheeler transactions for every new two-wheeler transaction. We see this number going well above 1.7 times in the current year as people prefer personal mobility at a lower cost," Nandigam further said. He also claimed that the Gold Standard used two-wheelers are aimed at providing economical, value-driven personal mobility solutions to people in the most transparent and hassle-free manner.

In recent times, due to the pandemic, the preference towards the personal mobility medium has increased, as people majorly try to avoid the public transport systems in an attempt to stay away from contamination. In such cases, two-wheelers appear to be a very affordable personal mobility solution instead of four-wheelers. Also, the used two-wheelers offer value for money at most cases without the buyer shelling a hefty amount of money that he or she does while buying a new model.