Home Auto News Crackdown On Traffic Violators: Over 5,000 Vehicles Penalised In Noida In A Week

Crackdown on traffic violators: Over 5,000 vehicles penalised in Noida in a week 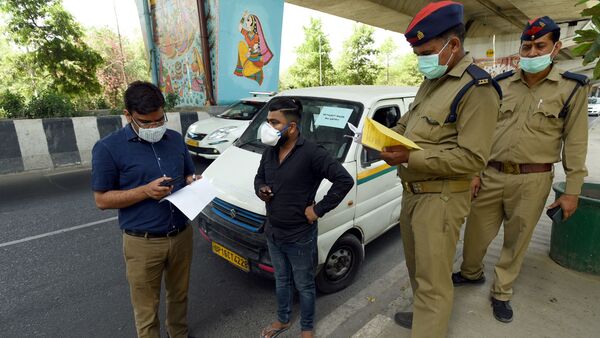 Over 5,000 vehicle drivers, motorists were penalised in a week in Noida for flouting rules:

Noida Traffic Police continues with its crackdown on traffic violators. More than 5,000 vehicles were issued challan for violating traffic rule in the National Capital Region within one week. The challans were issued across Noida and Greater Noida for flouting traffic rules and road safety norms.

The crackdown on traffic violators in Noida started after Yogi Adityanath, Chief Minister of Uttar Pradesh directed the authorities to ensure road safety and reduction of encroachment. Under the leadership of Alok Singh, Police Commissioner of Noida, the authority has undertaken a massive drive against those violating traffic rules.

On Sunday, Noida Police issued a statement saying, "E-challans were issued under the Motor Vehicles Act against 5,070 drivers who did not follow the traffic rules from May till May 27. The offences included violating traffic rules like riding two-wheelers without helmet and four-wheelers without seat belt, driving in wrong lane, parking vehicles in no-parking zones, red light jumping, having faulty number plate, triple riding on two wheelers, causing air pollution, noise pollution, etc."

Besides the crackdown, the Noida Traffic Police has also undertaken drive to create awareness among motorists regarding traffic rules. "Various programmes have been organised by the traffic police to follow the traffic rules at all the important places, intersections, schools and other places of Gautam Buddh Nagar. Awareness is being raised with the help of school students. Awareness rally is being taken out by the traffic police every day and school students are being informed about traffic rules at the Commissionerate office in Sector-108," the police said.

Earlier in the previous week, the Gautam Buddh Nagar traffic police had issued more than 3,600 e-challans to vehicle owners over various violations related to road traffic such as wrong lane driving, red light jumping, not using helmet or seat belt, among others. The challans were issued during a campaign by traffic police authorities.