Several states in India's north-east have hiked taxes on fuel or imposed additional Covid-19 cess which has led to hiked petrol and diesel prices.
By : HT Auto Desk
| Updated on: 30 Apr 2020, 09:55 AM 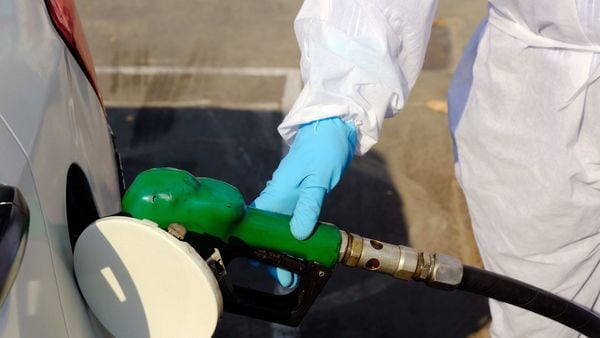 Prices of automotive fuel have remained unchanged for several weeks now with a litre of petrol in New Delhi at ₹69.59 while diesel has been at ₹62.29 per litre. While demand has crumbled due to a national lockdown in place to check the spread of Covid-19, the past several weeks have also witnessed global crude oil rates - a key factor in determining daily fuel price revisions in India, have come down to record lows. While it should have resulted in fuel prices coming down correspondingly across pumps in India, that has not been the case and now several states are moving to impose a Covid-19 cess on the two fuels to generate more funds.

States like Assam, Meghalaya and Nagaland have already added Value Added Tax and cess which has led to prices of petrol and diesel going up. According to media reports, Nagaland has hiked prices by as much as ₹6 per litre of petrol and ₹5 per litre of diesel in the form of an additional Covid-19 cess.

While the additional cess is currently restricted only to some of the north-eastern states of the country, it is an option that could always be adopted by other states as well.

India imports nearly 80% of its oil requirement and the prices across pumps depend on international crude prices as well as Rupee-US dollar exchange rate. A slump in international crude prices ought to have brought down fuel prices in the country but the Centre had raised excise duty by ₹3 per litre early April even as oil companies moved to BS 6 fuel without hiking prices.

Demand for petrol sank by almost 18% in March and by 26% for diesel in the same month. Once the lockdown comes to and end and whenever some semblance of normalcy does return, it is predicted that demand would also pick up which would help states which have hikes fuel prices to attain the objective of more revenue. In the meantime, Indian Oil Corporation has managed to fill its strategic reserves with crude from UAE at low rates. Additional taxes or hikes, if at all, could however negate the benefit to the end consumer.