'No mask, no fuel' rule implemented in Arunachal capital

Doctors along with health workers, magistrate and police personnel have been stationed at the state's official quarantine centre for screening the returnees.
By : PTI
| Updated on: 28 Apr 2020, 11:08 AM 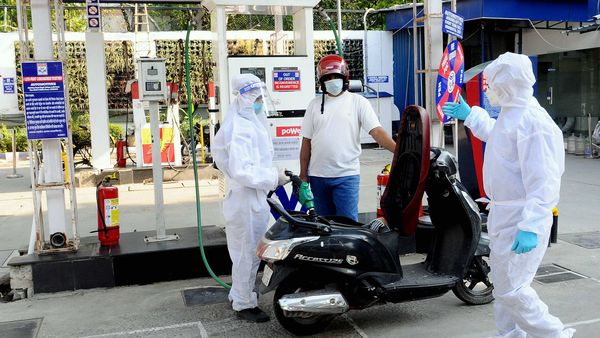 The move is aimed at ensuring safety of people living in Arunachal Pradesh's capital. (File photo used for representational purpose only).

The Arunachal Pradesh government has asked all petrol depots and gas agencies here to refuse service to customers who visit their outlets without wearing mask, an official said on Monday.

District Food and Civil Supplies Officer (DFCSO) Amit Bengia, in a notice issued to the fuel stations, said the government's move was aimed at ensuring safety of people living in the state capital, amid the spurt in Covid-19 cases across the country.

"No consumer will be allowed to purchase fuel or LPG cylinders in the capital region without a mask," Bengia added.

Taking to Twitter, Chief Minister Pema Khandu also stated that 'no mask, no fuel' rule has been implemented in Itanagar.

(Also read: No face mask, no fuel at petrol pumps across India: All India Petroleum Dealers)

"We have specifically asked them to ensure that there is no negligence during working hours and appealed to the people to follow the government order and wear masks when they step out to buy fuel," Loram said.

Meanwhile, the administration in the state capital has designated the Police Training Centre (PTC) at Banderdewa near here as the "official quarantine centre" for people arriving from outside.

(Also read: 'No mask, no fuel' at petrol pumps across West Bengal)

Doctors along with health workers, magistrate and police personnel have been stationed at the centre for screening the returnees.

"People coming from other states to Itanagar will be quarantined at the PTC for 14 days or more to avoid chances of virus transmission. The entire PTC area has been disinfected on Sunday under the supervision of Naharlagun SDPO R Kamsi and Deputy Superintendent of Police (Headquarters) Gari Tai," Capital SP Tumme Amo said.