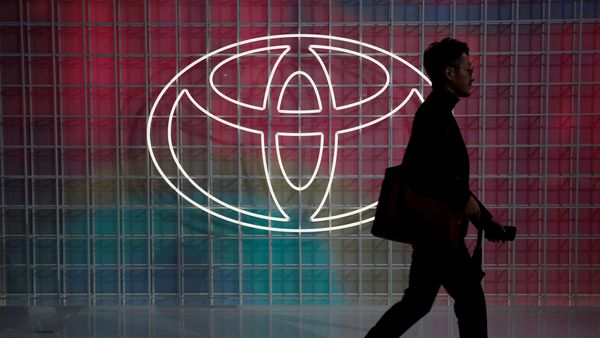 The automaker will stop production at seven production lines at five factories starting from April 3, the company said. Among those plants are Tsutsumi, which makes Prius and other brands, and Takaoka, which will be shut until Wednesday after a second worker there tested positive for the virus.

The carmaker earlier said it suspended operation at a site in India as the government asked its residents to stay home. It has also halted production in North America and countries such as France, the U.K., the Philippines and Brazil, as industries worldwide suspend manufacturing sites amid work and movement restrictions.

“Toyota’s halt to a production line at its Takaoka plant exemplifies its vulnerability to the coronavirus," wrote Tatsuo Yoshida, senior analyst at Bloomberg Intelligence, responding to the earlier news on the halt of a production line. “Similar shutdowns could deliver a harsher blow if they were to occur at smaller rivals such as Subaru or Mazda."

The virus outbreak may shave 170 billion yen from the profits of Japan’s top five automakers, according to Goldman Sachs Group Inc.