Coronavirus: Aston Martin may need more cash even after bailout by billionaire

Aston Martin has said it doesn’t have sufficient working capital based on European Securities and Markets Authority rules as coronavirus has created “increased and unquantifiable uncertainty” in its business.
By : Bloomberg
| Updated on: 31 Mar 2020, 09:40 AM 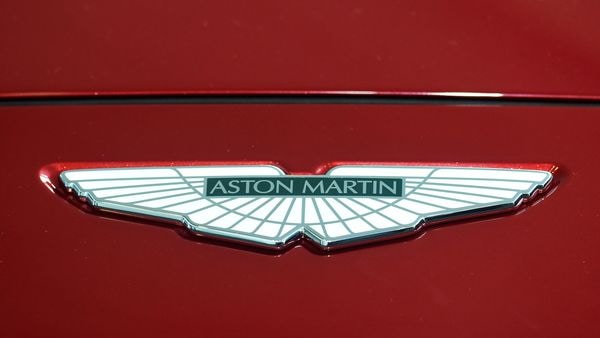 Aston Martin Lagonda Global Holdings Plc said it may need to tap into high-interest notes it was trying to avoid drawing down, even after a 536 million-pound ($663 million) capital infusion from a group led by billionaire Lawrence Stroll.

The U.K. luxury car maker doesn’t have sufficient working capital based on European Securities and Markets Authority rules, because the coronavirus has created “increased and unquantifiable uncertainty" in its business, Aston Martin said in a statement. That’s made it impossible to come up with a model for a “reasonable worse case downside," it said.

Aston Martin, which has struggled with cash flow and dealer-inventory back-ups since going public in 2018, had hoped that the fundraising approved by shareholders on Monday would obviate the need to seek additional money. But the coronavirus crisis has added a level of difficulty to the turnaround put in place with Stroll’s arrival.

“Taking into account the proceeds of the capital raise, the company is of the opinion that the group does not have sufficient working capital to meet its requirements for 12 months" from February, when it published the original prospectus for the Stroll bailout, it said.

The Canadian billionaire will take over as executive chairman of Aston Martin next month. His Yew Tree consortium is set to get a bigger chunk of Aston after it renogotiated the terms of the fundraising this month.

The liquidity warning notwithstanding, Aston Martin’s directors said they were confident that the company has enough access to loans. That includes $100 million of delayed draw notes issued in October 2019 that carry an interest rate of at least 12%.

In a statement, Stroll said that he and his co-investors “continue to believe passionately in the future of Aston Martin Lagonda."

The investment, including 262 million pounds from his group, “gives the necessary stability to reset the business for its long-term future," Stroll said. “We have a clear plan to make this happen," including Aston Martin entering an F1 works team next season.

To fund its cash burn, the company tapped the debt markets twice last year, with a $190 million bond issued in April paying a 6.5% coupon and a $150 million bond with a 12% coupon priced in September. It could draw up to $100 million more before July.

S&P lowered the company’s credit rating two notches to nine levels below investment grade on March 17, saying that even if the carmaker successfully completed the rights issue, declining sales of sports cars and uncertainties related to the covid-19 pandemic would weaken its financial performance and add liquidity pressures over the next six to 12 months.

Aston Martin shares have fallen 57% this year, and are now 88% below their IPO price. While the coronavirus pandemic could dent demand, the company says its order book “remains significant," including over 2,000 orders for the DBX SUV. The company is banking on the $189,000 DBX selling in higher volumes than the stylish sports cars made famous in the James Bond movies.

Deliveries of the DBX are planned to begin in summer. They will compete with prestige brands like Lamborghini’s Urus and the Bentley Bentayga, which have already established themselves in the ultra-luxury SUV market.