Car boom in Wuhan holds out hope for post-lockdown recovery 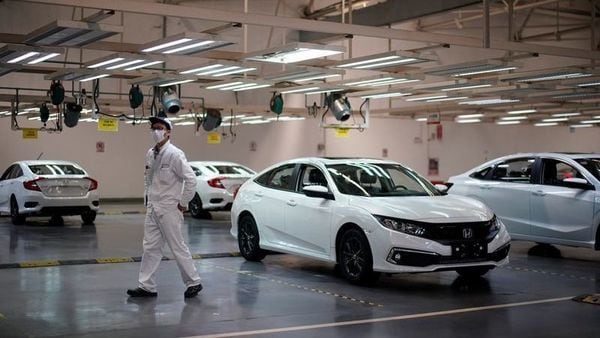 If the stream of visitors to auto dealerships in Wuhan is any guide, the recovery of the car business in China and perhaps the world could be rapid.

Companies in the city of 11 million, the original center of the coronavirus and the first to be sealed off, have been gradually opening their doors; officially, the lockdown there was lifted Wednesday. The strength of pent-up demand took some car dealers by surprise, with daily sales now running at levels seen before the economic freeze.

“I was pretty shocked," said Zhang Jiaqi, a sales representative at an Audi AG dealer in the Wuchang district of Wuhan, which is now recording purchases matching year-earlier levels. “It’s like a boom after a two-month dormancy. I thought sales would be frozen."

Across China, the world’s biggest car market, vehicle sales have been picking up since early February, albeit from almost zero. The revival may give some comfort to manufacturers from Audi’s parent, Volkswagen AG, to General Motors Co. and Toyota Motor Corp., after sales slumped around the world as governments responded to the pandemic. The anecdotal evidence from Wuhan indicates that while consumers may be cautious about the return to normal life, they’re willing to make some big purchases.

Pan Fei, a marketing director at the Wuchang Audi dealership, said some customers appear more motivated than before the crisis because they see personal vehicles as safer than public transport. Demand at the store is now skewed toward smaller models such as the A3, suggesting some families are buying second cars.

At a nearby Cadillac dealership, sales representative Xia Tianyi said foot traffic and orders have returned to pre-shutdown levels. The showroom has seen a pickup in first-time buyers, with health-care professionals including doctors among purchasers, Xia said.

Nationwide, the weekly retail car sales numbers have been improving for more than a month, after dropping as much as 96% during the crisis. In each of the first three weeks of March, declines moderated to 50%, 44% and 40%, respectively, according to the China Passenger Car Association, which said Wednesday that preliminary data showed nationwide sales for the whole of March were down 36% from a year earlier. The group predicted that weekly sales will rebound to last year’s levels by the end of April.

About 99% of China’s auto showrooms were back in business as of April 3, with consumer traffic running at about 66% of normal levels, according to the China Automobile Dealers Association.

For all that, a sustainable rebound in China is far from certain and the latest numbers mainly reflect the depth of the slump. The market was paralyzed by the outbreak, with factories and dealerships shuttered and people ordered to stay home.

Now, alongside the loosening of restrictions, the government has announced stimulus measures to spur vehicle sales. Beyond a short-term blip, though, it’s not clear that these steps will do much to spur underlying demand.

Some manufacturers see glimmers. BMW AG said April 6 it noted a reversal in demand trends in March “pointing to a sustainable recovery" in China.

“We are seeing the first signs of recovery, with a strong order intake" in China, BMW sales head Pieter Nota said.