The decision was also welcomed in France, with Finance Minister Bruno Le Maire noting how he and Giorgetti are working together to maintain Europe’s manufacturing interests.
By : Bloomberg
| Updated on: 18 Apr 2021, 11:19 AM 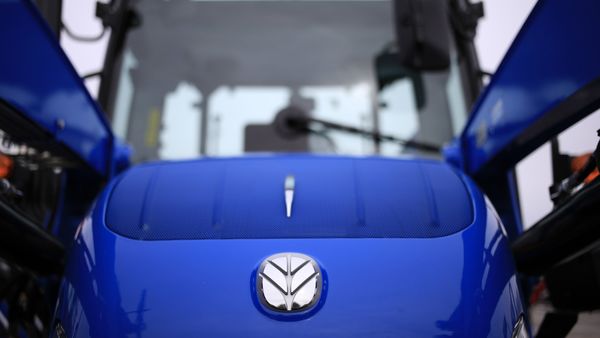 CNH announced plans in 2019 to split its business making agricultural equipment from its commercial vehicle operations.

The billionaire Agnelli family’s CNH Industrial NV ended talks to sell its Iveco truck and bus business to China FAW Group Co., a move that was welcomed by the Italian and French governments.

“CNH Industrial believes there are significant opportunities to develop its On-Highway business by accelerating the deployment of ever more sustainable transport solutions and infrastructure, in line with the EU’s Green Deal ambitions," the company said Saturday in an emailed statement.

Bloomberg reported earlier that CNH had abandoned the talks because the Chinese automotive group hadn’t presented an acceptable offer for Iveco, citing a person familiar with the discussions. Italy’s government had signaled its opposition to CNH selling to a Chinese company and praised the decision.

The government had followed the development closely, “because it considers the production of heavy of vehicles of strategic national interest," Economic Development Minister Giancarlo Giorgetti said in an emailed statement. The government is prepared to help ensure that this production remains in Italy, he said.

The decision was also welcomed in France, with Finance Minister Bruno Le Maire noting how he and Giorgetti are working together to maintain Europe’s manufacturing interests.

“This transaction raised important issues of industrial sovereignty," he tweeted.

CNH had been holding talks with FAW since last year on a potential deal for Iveco. It already rejected an initial proposal from the Chinese company last year valuing the business at around 3 billion euros ($3.6 billion), people with knowledge of the matter said in March. The talks coincided with growing opposition to Chinese ownership among leading politicians.

Prime Minister Mario Draghi said on April 8 he backed an extension of state protection for Italian businesses, after revealing that his government recently blocked a Chinese takeover of an Italian semiconductor company. Matteo Salvini, leader of the rightist League party, the most popular party in Draghi’s broad coalition, said last month that the administration must protect Iveco as a strategic asset.

CNH announced plans in 2019 to split its business making agricultural equipment from its commercial vehicle operations. Those efforts have been delayed by the coronavirus pandemic. A sale of one of Europe’s most iconic truckmakers could shake up the sector as well as potentially attract domestic criticism of the Agnelli family for selling one of its historical assets to a foreign buyer.