Chinese EV maker Li Auto plans to use most of the proceeds raised for capital expenditures, and research and development of new products.
By : Reuters
| Updated on: 25 Jul 2020, 03:41 PM 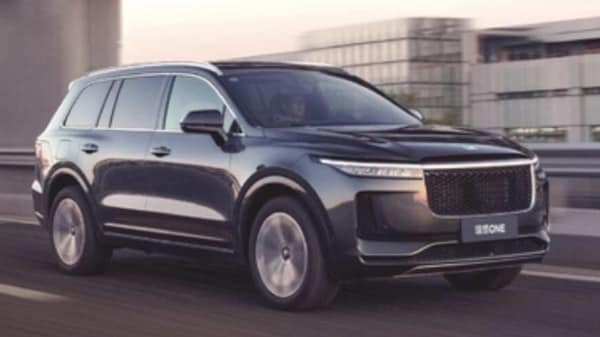 Chinese electric vehicle maker Li Auto Inc, backed by food delivery giant Meituan Dianping, has launched an initial public offering of up to $950 million, in one of the biggest US listings by Chinese companies this year.

The five-year-old automaker, formerly known as CHJ Automotive, is selling 95 million American depository shares (ADDS) at an indicative range of $8 to $10 per share, according to its updated prospectus filed with the US Securities and Exchange Commission on Friday.

Private equity firm Hillhouse Capital plans to invest $300 million in the float, the company said in the filing.

The IPO is the latest gauge of US investor demand for Chinese companies going public.

For Li Auto and some others, prestige and listed comparables continue to propel them toward a US listing in spite of escalating Sino-US geopolitical tension and negative sentiment toward Chinese firms following fallout from Luckin Coffee.

Li Auto's rival, Xpeng, plans to go public in New York later this year, according to sources with knowledge of the matter.

At $950 million, Li Auto's IPO would surpass the $510 float by cloud service provider Kingsoft Cloud which has been the biggest US listing by a Chinese firm this year.

Alongside the IPO, Li Auto will also raise $380 million from a concurrent private placement of shares to investors including Meituan Dianping via its British Virgin Islands-incorporated unit, and TikTok owner ByteDance via a Hong Kong unit.

The automaker plans to use most of the proceeds raised for capital expenditures, and research and development of new products. It is building Li ONE extended-range electric sport-utility vehicles in China.

It is set to price the float on July 30 and begin trading on the Nasdaq under the symbol "Li" the next day.

Goldman Sachs, Morgan Stanley, UBS and CICC are among underwriters for the IPO.