Cities including Shanghai and Shenzhen have increased car ownership quotas while local governments are also facilitating subsidised for people who want to exchange their old internal combustion cars for new electric vehicles.
By : HT Auto Desk
| Updated on: 10 Jun 2022, 03:44 PM 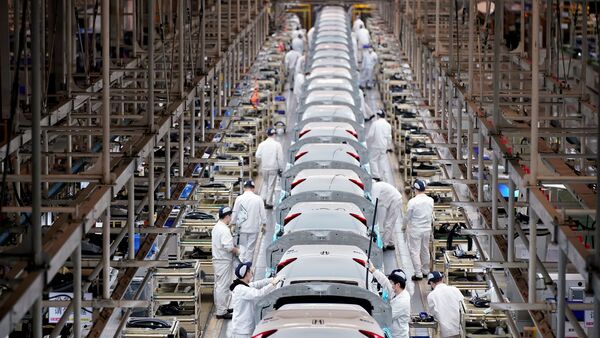 China's auto sales for the month of May plummeted by 12.6 per cent compared to the same period in the preceding year. According to a Reuters report, the figures improved compared to the decrease in auto sales in April. This improvement has been attributed to various stimulus packages given by the authorities to support the market lagging behind due to multiple lockdowns because of a surge in Covid-19 cases.

Data from the China Association of Automobile Manufacturers (CAAM) reflected that sales of vehicles in the world's largest automobile market declined by 1.86 million vehicles last month. However, May sales increased by 57.6 per cent compared to April. April sales were severely impacted by Covid-19 lockdowns in multiple cities. The association informed sales for the first five months were 12.2 per cent lower than the same period in 2021.

Due to a surge in Covid-19 cases because of the Omicron variant that led to strict lockdowns, China's auto industry took a hard punch. Authorities are putting in efforts to revive the market. It has reduced the purchasing tax by half to no more than 300,000 yuan ($45,000). For vehicles with 2.0-litre or smaller engines, the tax has been reduced by 5 per cent of the sticker price from June 1. Another industry body known as China Passenger Car Association (CPCA) shared this can lead to an increase of 2 million extra car sales this year.

(Also read | Are Americans buying fewer cars or are there no cars to buy? Recession woes hurt )

Cities including Shanghai and Shenzhen have increased car ownership quotas while local governments are also facilitating subsidised for people who want to exchange their old internal combustion cars for new electric vehicles. The report also mentioned sales of new energy vehicles, including battery-powered electric vehicles, plug-in petrol-electric hybrids and hydrogen fuel-cell vehicles, increased by 49.6 per cent month-on-month in May.