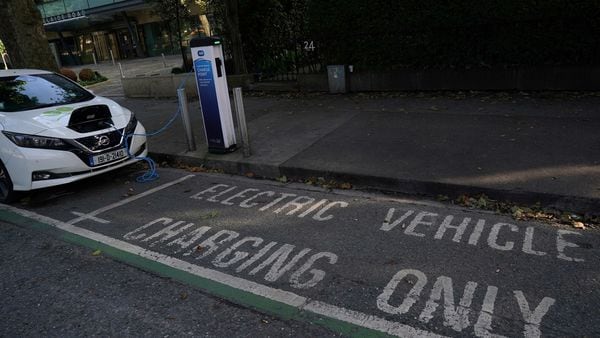 As per the China Association of Automobile Manufacturers, the country's overall vehicle sales are expected to rise this year for the first time since 2017, reaching about 27.2 million units. Demand for electric vehicles is expected to keep driving the rebound, especially with the likes of Tesla and Nio Inc in the market.

About 54% of the country's oil consumption is used for transportation but the government has been trying to reduce that by focusing on boosting sales of electric vehicles. In January, the sales of new energy vehicles, including electric autos, soared 281%. China has the biggest fleet in the world of electric vehicles.

As automakers around the world spend tens billions of dollars in making vehicles more environmentally friendly by reducing the use of internal combustion engines, China has also readied its blueprint. The industry regulators have estimated that the sale of EVs may rise to 20% of total new car sales by 2025 from the current 5%.

Further, the country's government has various incentives including extending subsidies on purchase of new energy vehicles, accelerating the clearing-out of older and polluting vehicles. Other incentives include reduction of taxes on used-car dealers and promotion of electric-car sales in rural areas. The policies are helping lift carmakers out of a three-year downturn. Sales of new energy vehicles rose 9.8% in 2020 to 1.11 million units, despite the hindrances caused by the coronavirus pandemic.