The latest BMW iDrive introduces digital intelligence into cars as well as optimised sensors that allow the vehicles to perceive and analyse their surroundings.
By : HT Auto Desk
| Updated on: 11 Jan 2021, 15:51 PM BMW has given a preview into its upcoming all-new iDrive operating system and display at the ongoing Consumer Electronics Show (CES) 2021. The next-gen iDrive will be officially unveiled later in 2021.

The company says that the new iDrive will transport driver-vehicle interaction into a new digital and intelligent age. The teaser video for the CES visualises the development of the user experience inside a BMW car over the last two decades. It shows a 2001 BMW 7 Series where the iDrive debuted and the upcoming BMW iX in which the new-generation operation system will be available for the first time.

BMW says that the new system bridges the gap between analogue and digital technology, giving an upward curve to the number of available functions in a car and their complexity. The latest iDrive introduces digital intelligence into cars as well as optimised sensors that allow the vehicles to perceive and analyse their surroundings. This results in elements of driving and parking becoming automated to an increasing degree. The cloud-based services can make further use of growing pool of real-time data. 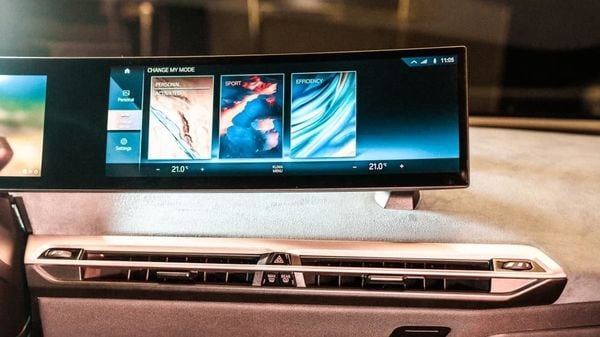 With the latest technologies, the BMW vehicle will have access to a larger supply of information as compared to the driver in many situations. For example, the car can receive and display hazard warnings from other BMW vehicles and make predictions on the availability of parking spaces at a destination. The carmaker says that the new iDrive is set up to utilise the potential of an intelligently connected vehicle more than ever before as well as to make the user experience even more convenient.

BMW also celebrates the evolution of its iDrive system over past 20 years. Introduction of the operating system cleared out the cockpit of the growing number of buttons and controls. This multifunctional system allowed drivers to control a large number of vehicle settings, entertainment, navigation and telecommunications functions with a single operating tool.

This only got better and more convenient with the introduction of advanced features such as voice control, touch control on display, head-up display, in-car internet access, apps from third parties, among various others.