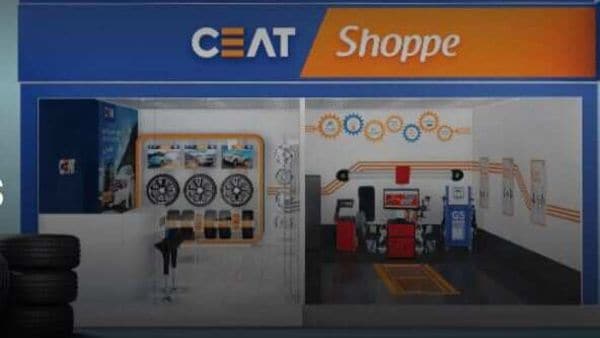 Tyre maker CEAT will invest ₹20 crore in order to expand its exclusive sales and service outlet - Shoppe - in Tier-II, III Indian cities as the company sees "very good" demand from these cities with comparatively low population of less than three lakh.

The company's Shoppe facility - a one-stop facility for all tyre-related requirements - was set up to service customers in cities with more than 5 lakh population. Over 200 outlets will now act as a full-fledged customer service centre. CEAT currently has around 325 sales and service facilities across India, including Shoppe.

The company's aim is to double its service outlets to 600 in coming two years. It plans to design compact outlets for smaller cities while bigger cities will continue to have the Shoppe format. "The demand for passenger cars and two-wheeler tyres is very good in smaller towns also. So, we wanted to innovate on retailing design, which is compact, modern and industrial," Arnab Banerjee, Chief Operating Officer of CEAT, was quoted as saying by PTI. CEAT's outlets in smaller cities will be both company-owned as well franchise-operated.

As the Indian government strengthens its import restrictions under Aatmanirbhar Bharat initiative, it makes a higher pie available to domestic manufacturers in the passenger segment and CEAT hopes to benefit from this. "So, we are in a position to tap this demand and in a higher demand scenario, we are looking at gaining share in the passenger segment as well," Banerjee said.

He added that even on the supply side, the company has been investing in huge capacity, which he believes has been timed to the right opportunity. CEAT is also investing in car bus radial, passenger four-wheeler and two-wheeler.

Import restrictions has also created opportunity for domestic manufacturers in the truck tyre segment, which Banerjee expects will grow in coming months.