Projection for global light-vehicle production in the first quarter has already been slashed drastically citing a sharp decline in output from China.
By : Agencies
| Updated on: 16 Feb 2020, 10:23 AM 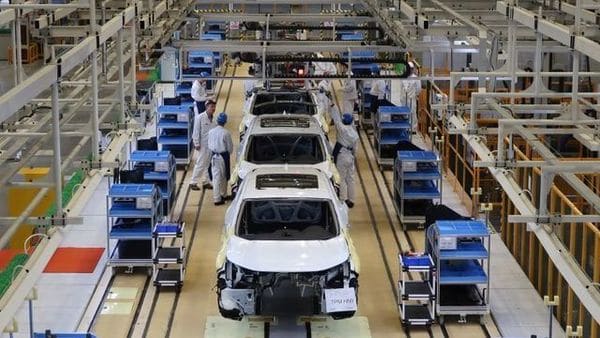 Automakers including Daimler, Ford and Tesla are looking to resume production in China after being forced to shut factories following the outbreak of a new coronavirus. Here is a list of automakers who have confirmed their plans to restart production.

BMW's China venture with Brilliance said on Feb. 5 the Chinese firm planned to restart production on Feb. 17. Daimler said on Feb. 3 it plans to resume passenger car production in Beijing on Feb. 10.

Fiat Chrysler said on Feb. 6 that disruption to parts supplies could threaten production at one of its European plants within two to four weeks. Ford Motor said on Jan. 29 it planned to resume production on Feb. 10 at its factories in Chongqing and Hangzhou with joint venture partner Chongqing Changan Automobile.

General Motors said on Feb. 10 it plans to restart production in China on Feb. 15. Honda said on Feb. 7 it would restart its three plants in Wuhan, which it operates with Dongfeng Motor Group, on Feb. 13. Honda said there were no supply chain issues that would impede production.

PSA Peugeot Citroen, which is in the process of merging with Fiat, said on Jan. 31 its three plants in Wuhan will remain closed until Feb. 14. Renault said on Feb. 7 that its South Korean unit RSM would suspend production at its Busan site for four days from Feb. 11 due to supply chain disruptions.

Suzuki Motor Corp said on Feb. 7 that it was considering sourcing vehicle components from outside China because the outbreak was threatening to disrupt vehicle production in its biggest market, India.

Tesla's factory in Shanghai will resume production on Feb. 10 with assistance to cope with the outbreak, a Shanghai government official said on Feb. 8.

Toyota Motor said on Saturday it plans to resume output at three of its four main auto plants in China next week. The resumption of production had initially been slated for Feb. 3 following the Chinese Lunar New Year holidays, but was delayed because of the new coronavirus outbreak in China.

French car parts maker Valeo said on Jan. 31 its three sites in Wuhan will remain shut until at least Feb. 13.

Volkswagen said on Feb. 8 that it has postponed restarting production at most plants at its Chinese JV with SAIC Motor and the Tianjin plant of its JV with FAW Group until Feb. 17. One plant it operates with SAIC in Shanghai and most of the plants in the FAW JV will restart on Feb. 10.