Chip scarcity is said to continue to hobble production this month but may start to ease toward year-end.
By : Bloomberg
| Updated on: 02 Oct 2021, 03:20 PM 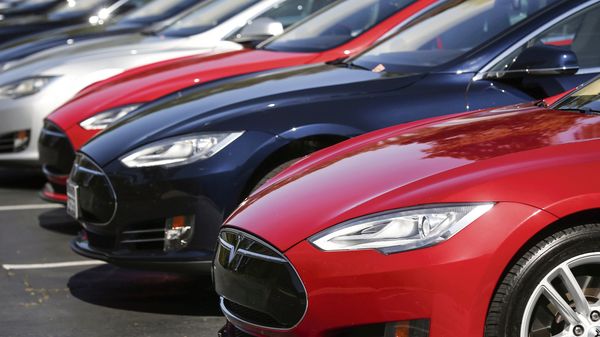 Carmakers reported U.S. third-quarter sales and most of the numbers were pretty ugly, battered by the global semiconductor shortage. (File photo)

Carmakers reported U.S. third-quarter sales and most of the numbers were pretty ugly, battered by the global semiconductor shortage. A couple of companies flagged signs that their troubles may ease in the current quarter, however.

General Motors Co., which idled key truck plants in September, took the biggest blow, with sales dropping by a third in the latest three-month period.

The bottlenecks extended beyond chips, to include shipping logjams, too, as flagged by Honda Motor Co.

Chip scarcity will continue to hobble production this month but may start to ease toward year-end,said Mark Wakefield, head of the auto practice at the AlixParters consulting firm. Shortages of raw materials like steel and resin, as well as traffic jams at ports are exacerbating production bottlenecks, he said.

In the first half of the year, “certain automakers didn’t feel as much of the pinch. They had more inventory, they were playing a different game than the people shutting down a plant every couple weeks," Wakefield said. “Now the cupboards are kind of bare for almost everybody."

It’s not clear when Tesla Inc., which posts global sales without breaking out U.S. figures, will report but it could be Friday and is likely to show another record quarter. Ford Motor Co. is likely to report as soon as Saturday.

Stellantis NV reported that sales declined 19% in the third quarter, an industry rarity in that the figure was better -- or less bad -- than analysts anticipated.

“Demand is still there," U.S. sales head Jeff Kommor said in a statement.

Like most automakers, the company has been conserving scarce chips for its most profitable and important products. That’s partly why deliveries of the Jeep Gladiator pickup and the Grand Cherokee, the three-row version of which recently hit dealerships, increased 2% and 45%, respectively. Overall Jeep sales fell 11%, and Ram deliveries slumped 17%. Overall sales this year rose 3% through September.

Nissan Motor Co. sales fell 10% in the third quarter, steeper than the 6.5% drop analysts had forecast. Deliveries of the top-selling Nissan Rogue crossover slumped 13%, while sales of the Sentra budget sedan increased 26%. Both models logged strong growth so far this year.

The automaker’s year-to-date sales climbed 19%, coming off a rough 2020 amid the pandemic and a change in strategy. The company has been reducing incentives and suffering from a lack of fresh models.

The luxury Infiniti brand had a particularly dim showing, with sales plunging 39% in the third quarter to end up down 19% for the year. Deliveries of the QX60 plummeted 75% year-to-date, with just 68 sold in the quarter.

Honda’s sales slumped 10.9% in the quarter, while estimates expected just a 6.7% decline.

“The enduring nature of the microchip shortage and port congestion issues continue to constrain the entire industry," said American Honda executive Dave Gardner. “But we are encouraged by the record sales of Honda models where we have adequate inventory."

Toyota Motor Corp. quarterly sales rose 1.4%, pretty good in light of a 22.4% plunge in September. Sales were up 28% for the year, indicating the company has been unearthing chips.

The company made high-price vehicles a priority with third-quarter sales of the NX and GX SUVs up 40% and 16%, respectively.

Like Hyundai, Mitsubishi Corp. posted just a small sales decline, 4% for the quarter. For the year so far, Mitsubishi’s deliveries were up 6% to 77,000 units.

GM sold 446,997 vehicles at retail in the U.S. in the third quarter, down 33%, from a year earlier. The automaker blamed the chip shortage and has been grappling with historically low inventories.

The company stuck to its earnings guidance for the year, however: $5.40 to $6.40 a share. What it lost in volume, GM apparently is making up in pricing. The average vehicle went for $47,467.

Steve Carlisle, president of GM North America, said chip supply is likely to pick up. “The semiconductor supply disruptions that impacted our third-quarter wholesale and customer deliveries are improving," he wrote. “As we look to the fourth quarter, a steady flow of vehicles held at plants will continue to be released to dealers."

Hyundai Motor Co.’s sales declined just 2% in September -- probably one of the best performances for the month. Sales for the third quarter increased 4%.

The Elantra and Tucson compact crossover were the best performers in the quarter. The Santa Fe SUV, built in Alabama, took a big hit in September.

U.S. sales head Randy Parker said dealers are selling a lot more cars that they don’t actually have. Consumers are willing to wait and don’t mind higher prices, as long as they don’t think someone else is getting a better deal, he said.