A special film coating developed by an Israeli startup can potentially keep your car cool even under the direct gaze of a hot summer sun.
By : HT Auto Desk
| Updated on: 31 May 2022, 01:05 PM 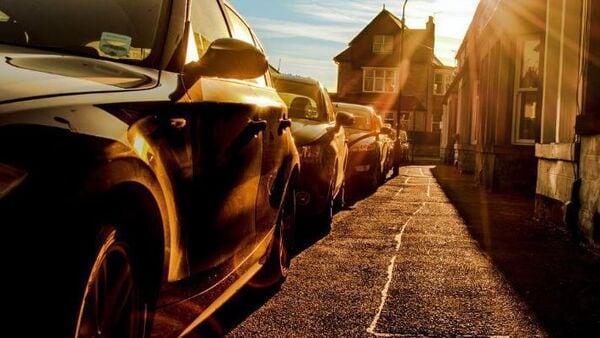 In-car air-conditioning is an absolute must in most parts across the world and with global temperatures steadily climbing, it is a bit of an oxymoron that what helps us keep cool on the move may also be something that is contributing to global warming. But with progress in technology, there may be a time in the future when more sustainable ways are used to keep a car cool, minus the need for any form of air-conditioning. Say a chilly hi to SolCold, an Israeli startup that has developed a form of coating that may do just that.

The startup makes use of something called anti-Stokes fluorescence which in scientific terms refers to a process under which photons react with a surface and exit with more energy than what was present upon first contact. The energy loss is what effectively results in cooling. While anti-Stokes fluorescence isn't exactly easy and is possible only in a controlled lab environment for now, the idea and concept could well be taken to the real world.

SolCold claims to have already made a film coating that can ensure the process happens. This film coating can be put on top of a car's roof or on the dashboard. In fact, SolCold did do exactly that during a research with Volkswagen's Konnekt and the result was, pardon the pun, quite cool. In fact, a car with the coating and under direct sunlight was still cooler than a car in shade minus any coating.

The film coating is reportedly in prototype form at present but could well go into production in various forms and for a plethora of application purposes - from seats to bonnets and more. But the question is would it be viable and cost-effective for use on a mass scale? Also, the cost of production at present isn't known and neither are the components that go into the making of the film coating. But with more work, this could be a potential game-changer in the world of in-car cooling systems.