However, three-wheelers and commercial vehicles continue to fall behind considerably.
By : ANI
| Updated on: 30 Oct 2020, 13:48 PM 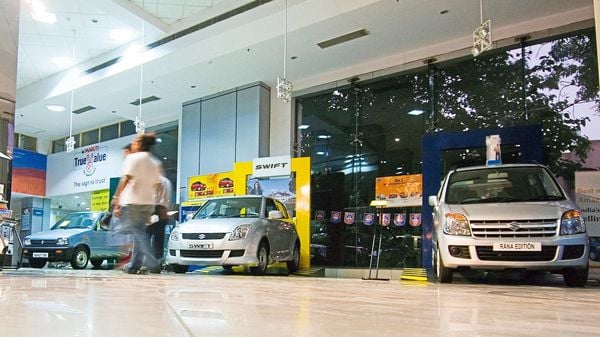 The sales volume of passenger vehicles and two-wheelers were up on a year-on-year basis in September. (File photo)

Amid increasing consumer preference for personal mobility, the original equipment manufacturers have continued with higher wholesale billings during July-September 2020, ahead of the peak demand period during the festive season in October-November, with passenger vehicles (PVs) and two-wheeler (2W) segments continuing to lead the growth, stated a report by the India Ratings and Research.

Consequently, sales volumes in the second quarter (July-September) of FY21 recovered to 99 percent of the corresponding period in FY20 levels.

As per the report, increased wholesale billings during August-September have helped PV and 2W sales volumes for the second quarter of FY21 to recover to 117 and 100 per cent, respectively, of the 2QFY20 levels.

However, three-wheelers and commercial vehicles continue to fall behind considerably, with 2Q FY21 sales volumes at 25 per cent and 80 per cent, respectively, of the 2Q FY20 levels. The sale of three-wheelers has been impacted the most as demand has been stifled by consumer preference to keep away from using public transport, the report said.

"The domestic automobile industry reported a 40 per cent YoY decline in sales volume in the first half of FY21 with a 34 per cent, 56 per cent, and 38 per cent YoY decline in PV, CV, and 2W sales volume, respectively. After plunging 75 per cent YoY in the first quarter of FY21 amid COVID-19 led disruptions, the domestic automobile industry saw a sequential uptick in demand in the second quarter, mainly led by strong demand from the rural markets while most urban areas remained more impacted by the pandemic," the report said.

The India Ratings & Research has further predicted that the sales volume of CVs will fall by 30 to 35 per cent YoY in FY 21.