Can cyberattacks shutter down fuel stations? Check out what's happening in Iran

Petrol pumps across Iran have been forced to temporarily shut down operations after the cyber-attack targeted the network responsible for handling digital payment channels.
By : HT Auto Desk
| Updated on: 27 Oct 2021, 11:07 AM 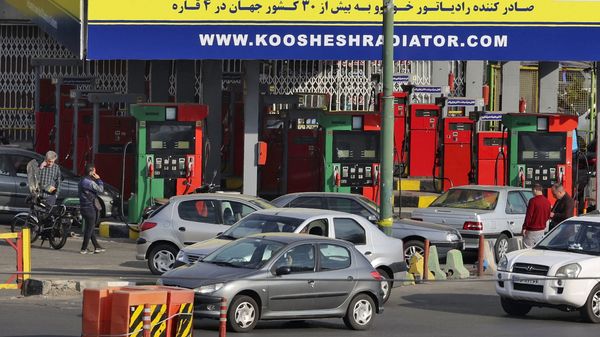 Cars and motorbikes queue to fill up at a service station in Iran's capital Tehran.

Motorists in Iran are facing an unprecedented challenge in making payments for fuel filled in their vehicles. This after the country's government system managing fuel subsidies was fell prey to a cyberattack, crippling payment services at fuel stations across the country.

Petrol pumps across Iran have been forced to temporarily shut down operations after the cyber-attack targeted the network responsible for handling digital payment channels. In the capital city of Tehran, the few outlets that were still open saw mile-long lines with motorists waiting for hours for a tankful.

In Iran, most motorists rely on government-issued cards to make payments for fuels. Automotive fuel in the country is heavily subsidized and rates here are among the lowest anywhere in the world. A litre of petrol, for instance, costs around $0.06 ( ₹4.15).

(Also read: Where is petrol most expensive? And where is it cheapest)

But while affordable fuel rates is one thing, the government mechanism regulating payments is reportedly a one-channel gateway and the recent cyberattack may have exposed the chinks in the system.

No group has claimed responsibility for the cyberattack as yet even as government officials promise to resolve the issue. Meanwhile, the few fuel stations that remain open are reportedly accepting cash but in this case, the government subsidy is not valid. The oil ministry in Iran has, however, stated that cash payments may still be made.