Home Auto News Cameras To Catch Drivers On Phone, Without Seatbelt Launched For The First Time

Cameras to catch drivers on phone, without seatbelt launched for the first time

Queensland will reportedly become the first place in the world to use fixed-camera technology to detect seatbelt offences.For the first three months of deployment, motorists will not be fined but simply be warned for their offences.
By : HT Auto Desk
| Updated on: 27 Jul 2021, 03:20 PM 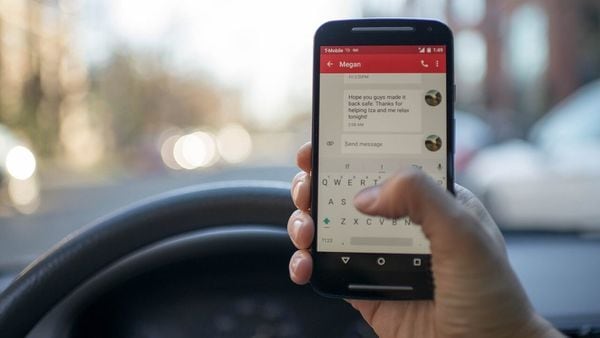 Authorities in Queensland, Australia have started deploying smart cameras on streets to detect driving violations such as not wearing seatbelt or using cellphones while on driving, Caradvice reported. For the first three months, motorists will not be fined but simply be warned for their offences.

Queensland is said to have become the first place in the world to use fixed-camera technology to detect seatbelt offences. For cellphone using offence detection, the state will join New South Wales that became the first jurisdiction in the world to do so from March 2020, the report added. Another Australian state, Victoria, will join Queensland from 2023 in detecting driving violations using smart cameras.

After the first three months of the deployment of the smart cameras are over in Queensland, drivers will be issued a fine of $1033 (over ₹56,000) and four demerit points for using a phone while driving, making this the highest monetary penalty for the offence in Australia. For not wearing a seatbelt while driving, drivers will be issued a fine of $413 and three demerit points.

These smart cameras are mounted high above the road and they automatically capture images of every passing car through the windscreen. These are equipped with artificial intelligence technology that is capable of detecting the images in which a driver is holding a mobile phone. The images that are not flagged for any offence are automatically deleted. Then, the flagged images are checked manually by an officer before being forwarded as a violation.

When the drivers are sent these images, they can also protest their innocence in case the object in their hand was not a phone. However, authorities of the state pointed out that drivers are more likely to be caught via a portable smart camera rather than the fixed ones as they become aware of the location of the latter. Portable cameras are mounted above tall poles that are in turn mounted on small trailers that can be parked at different locations on roads.

Queensland had begun testing this smart technology for detection of using phones while driving in July 2020, which ran for six months.