Tesla CEO Elon Musk has been dueling on Twitter with critics of his decision to suspend payments using Bitcoin on environmental concerns.
By : Bloomberg
| Updated on: 17 May 2021, 09:19 AM

Bitcoin nursed losses from a bruising weekend during which Elon Musk again whipsawed the token, in part by seeming to imply that Tesla Inc. may sell or has sold its holdings.

The largest digital currency extended a bout of weakness to slide to $43,874 on Sunday, the lowest since February. It rallied to $45,200 as of 11:38 a.m. on Monday in Tokyo but remains about $20,000 shy of the record set in April. Other cryptocurrencies such as Ether and Dogecoin are also under pressure.

Tesla Chief Executive Officer Musk spent the past couple of days dueling on Twitter with critics of his decision to suspend payments using Bitcoin on environmental concerns. On Sunday, the mercurial billionaire seemed to agree with a post saying the electric-vehicle maker should divest what at one point was a $1.5 billion Bitcoin stake.

Musk appears to have been “taking on all comers on Twitter over the weekend and caused some chunky gyrations across the coins," Chris Weston, head of research at Pepperstone Group Ltd., wrote in a note.

Musk’s disclosure in early February that Tesla had invested $1.5 billion in corporate cash to buy Bitcoin sent the token’s price to a record and lent legitimacy to virtual currencies, which have come closer to being a more mainstream asset in recent months despite lingering skepticism.

But in the past week his online commentary shook the crypto faithful even as Musk reiterated his support for digital currencies overall.

He lopped nearly $10,000 off the price of Bitcoin in hours last Wednesday after saying Tesla would no longer accept it as payment for cars. In the same statement, the tycoon said the firm wouldn’t be selling its holdings. 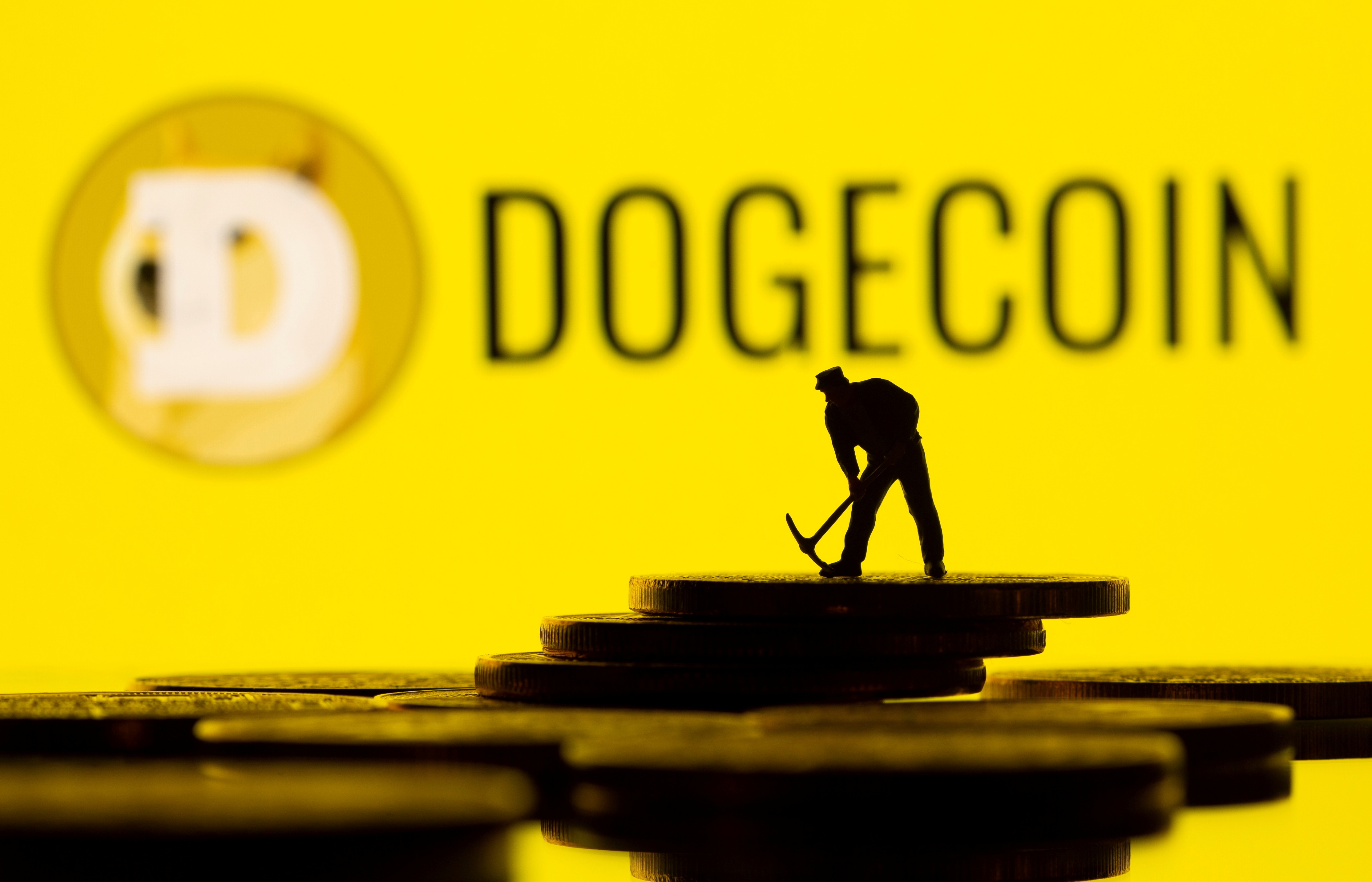 File photo: A small toy figure is seen on the cryptocurrency representation with Dogecoin logo in the background. (REUTERS)

A few days earlier, Musk had hosted “Saturday Night Live" and joked that Dogecoin -- a token he had previously promoted -- was a “hustle," denting its price. Days later he tweeted he was working with Doge developers to improve its transaction efficiency.

Bitcoin was already falling on Sunday when Musk replied “Indeed" to a tweet from @CryptoWhale suggesting Tesla get rid of its remaining Bitcoin holdings. His reply exacerbated the decline.

Responding to another thread criticizing his Bitcoin stance, Musk said: “Obnoxious threads like this make me want to go all in on Doge."

Some observers have cautioned that the cryptocurrency sector was ripe for a pullback anyway after giant gains over the past year. Bitcoin, for instance, is still sitting on a more than fourfold advance over the period. Ether, the second-largest token, is up more than 1,500% and Dogecoin over 19,000%.