The Italian production of the Lombardy-based group is currently unaffected, but it is close to the limit of coping.
By : Reuters
| Updated on: 11 Mar 2020, 12:35 PM 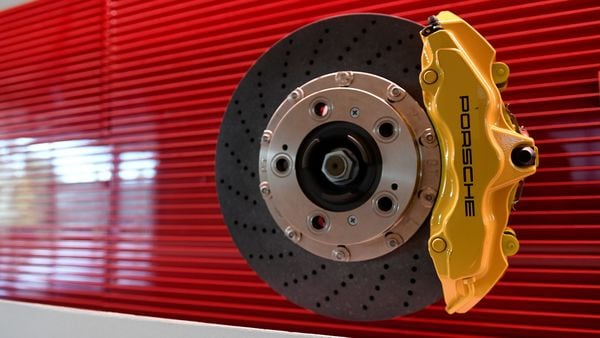 A braking system for Porsche is seen at Brembo headquarters.

Further restrictions to tackle the spread of the coronavirus in Italy would mean stopping production in the north of the country and threatening the global automotive industry, brake maker Brembo's executive deputy chairman said on Tuesday.

On Monday, the Italian government decided to place the whole country under lockdown until next month, in an unprecedented attempt to beat the virus in Europe's worst-affected country.

However, people were permitted to travel for work, allowing most manufacturing plants in the country, especially in its richest northern regions, to keep operating and for goods to be moved.

But the prosperous northern region of Lombardy, centred on Italy's financial capital Milan and at the heart of the country's virus outbreak, called on the government to introduce even more stringent measures.

Brembo's Executive Deputy Chairman Matteo Tiraboschi said the Italian production of the Lombardy-based group was currently unaffected, but added it was close to the limit of coping.

"If I think of any other measures, those could be only a ban on goods transportation and on workers' commutes," he said. "This would mean halting production in Italy".

"The full-out for the global auto industry would be huge, as auto parts produced in northern Italy are used by half of the world's automakers," Tiraboschi said.

He also called on Europe to coordinate any measures on manufacturing production to curb the virus outbreak.

"Now Italy is shut, then it might be France's turn and then probably Germany's. We risk tripling the overall time of economic struggle in Europe: better shutting altogether now," Tiraboschi said.