The merger would forge a regional powerhouse to rival Volkswagen and have a stock-market value surpassing that of Ford Motor. The tie-up would also bring together two auto-making dynasties -- the billionaire Agnelli clan of Italy, led by Fiat Chairman John Elkann, and the Peugeots of France.
By : Reuters
| Updated on: 18 Dec 2019, 09:55 AM 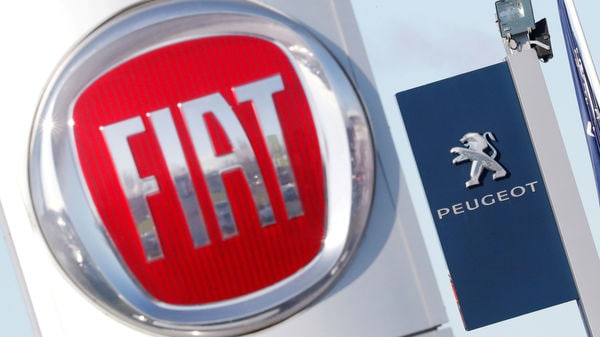 The boards of French carmaker PSA , the owner of Peugeot, and Fiat Chrysler (FCA) in separate meetings on Tuesday approved a binding agreement for a $50 billion merger, sources said.

The two mid-sized carmakers announced plans six weeks ago for a tie-up to create the world's No. 4 carmaker and reshape the global industry. A merger is seen helping them deal with big challenges in the industry, including a global downturn in demand and the need to develop costly cleaner cars to meet looming anti-pollution rules.

A source close to FCA had said earlier the two companies could formally announce the agreement early on Wednesday, followed by a conference call to explain further details later in the day.

China's Dongfeng Motor Group Co Ltd, which now has a 12.2% equity stake in PSA, will have a reduced stake of around 4.5% in the merged group, two sources said, in a move that could help make regulatory approval easier.

According to the deal approved by PSA's board on Tuesday, FCA's robot unit, Comau, will remain within the combined group rather than be spun off as was originally planned in October, the sources said.

The new group will evaluate how to extract value from Comau.

Ahead of the meetings, entities representing the Peugeot family, Etablissements Peugeot Freres (EPF) and FFP, unanimously approved a proposed memorandum of understanding for the planned merger, a source familiar with the situation said.

FCA and PSA are expected to finalise a deal by the end of 2020 to create a group with 8.7 million annual vehicle sales, a source said.

That would put it fourth globally behind Volkswagen AG , Toyota Motor Corp and the Renault-Nissan alliance. It was only six months ago that FCA abandoned merger talks with PSA's French rival Renault .

However, the deal could still face close regulatory scrutiny, while governments in Rome, Paris and unions are all likely to be wary about potential job losses from a combined workforce of around 400,000.

PSA's Carlos Tavares will be chief executive and FCA's John Elkann - the scion of Italy's Agnelli family, which controls FCA through their holding company Exor - chairman of the combined company.

The group will include the Fiat, Jeep, Dodge, Ram, Chrysler, Alfa Romeo, Maserati, Peugeot, DS, Opel and Vauxhall brands, allowing it to serve mass and premium passenger car markets as well as those for trucks and light commercial vehicles.