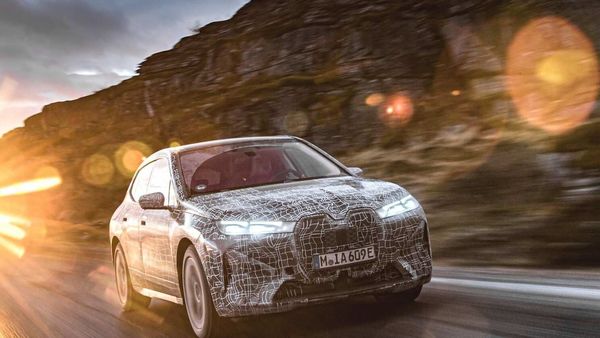 BMW iX as seen during tests on the edge of Arctic Circle.

BMW AG said profitability will increase this year as the luxury carmaker joined rivals in targeting a steep rise in electric-vehicle sales by the end of the decade.

Returns from automaking will recover to between 6% and 8%, BMW said Wednesday in a statement. That’s up from 2.7% last year, and higher than analysts’ expectations. The automaker plans for about half of total sales to be electric by the end of the decade, and will switch its urban Mini brand to only sell battery-powered cars around that time, it said.

“We have started the new year with strong momentum and are aiming to return to pre-crisis levels as swiftly as possible," Chief Executive Officer Oliver Zipse said. “We have a clear road map for making the transformation of our industry a real competitive advantage for BMW in the coming years."

While carmakers’ revamp efforts have been jolted by the pandemic, they’re accelerating the shift to become efficient EV-making operations with greater software capabilities. Volkswagen AG this week detailed plans that effectively will turn Europe’s biggest automaker into a major battery-cell maker, as well. Volvo Cars and General Motors Co. have set dates to go fully electric, while Daimler AG is spinning off its trucks unit after a century of making commercial vehicles and cars.

BMW has come through last year’s health crisis better than expected and so far has dodged a global semiconductor shortage. Its shares have still trailed gains achieved by rivals with ambitious EV targets. VW sees 1 million EV and plug-in hybrid sales this year, and its namesake brand this month doubled a goal for EV sales in Europe to 70% share by the end of the decade.

BMW’s electric pledge rests on new underpinnings from 2025 that also will enable much of a vehicle’s materials to be used again to make new cars. BMW previously said it expects 20% of total deliveries to be battery or plug-in hybrid vehicles by 2023. This year, the company will start sales of two additional electric models, the iX SUV and i4 sedan, alongside an electric Mini, the i3 city car and the iX3 SUV.