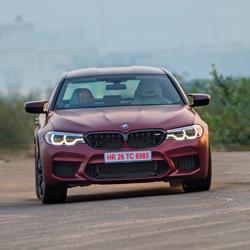 While the earlier car looked like a stout powerlifter, the new BMW M5 looks a whole lot more athletic.

"You're going to absolutely love driving this car," said BMW India boss Vikram Pawah and he seemed so convinced of what he's saying, I'm soon metaphorically rubbing my hands in glee. Question is, will it 'dance'? The earlier M5 (F10) was quite heavy-footed, a bit of a blunt instrument. So, just how much more agility has BMW engineered into this new F90? Will it still feel like a very fast tonne of bricks? A piece of devastatingly effective heavy artillery? Or have the engineers at M truly transformed it? These and other thoughts run through my head as I drive the car off the stage, down the ramp and into the night.

It's a cold morning in Greater Noida as we set off early in the M5. A light mist hangs in the air and the roads are empty. The soft morning light is also perfect for Ashley, so out comes his Nikon. Time to take a long hard look at the car. 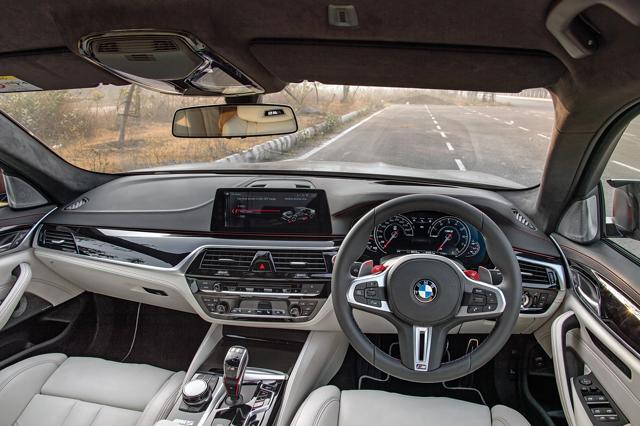 Initial impressions are all very well, but I must say I'm impressed with how BMW's designers have gotten rid of the visual bulk on the M5. While the earlier car looked like a stout powerlifter, this one is a whole lot more athletic. There is a bit of bulk. It has an extremely large 'mouth', behind which all manner of heat exchangers sit; and the long bulging bonnet is also sinewy; but what BMW has managed to do so well is keep the rest of the car lithe and trim. Yes, the four 'cannons' sticking out from the rear do tell you in a not-so-subtle way about the serious firepower on hand, and the bumper is unnecessarily bulky in places, but apart from that, the design just works.

BMW's 4.4-litre twin turbo V8 (S63) may be a whole litre down on some of the competition, but don't for even one second doubt its ability to deliver the goods. This new version is even more powerful. It now puts out a supercar-rivalling 600hp. And it has so much torque, BMW has opted to do away with the dual-clutch gearbox and use a torque converter instead; the latter is a lot more robust and tolerant of abuse. Then there's the fact that traditional torque converter autos are smoother and nicer at low speeds. 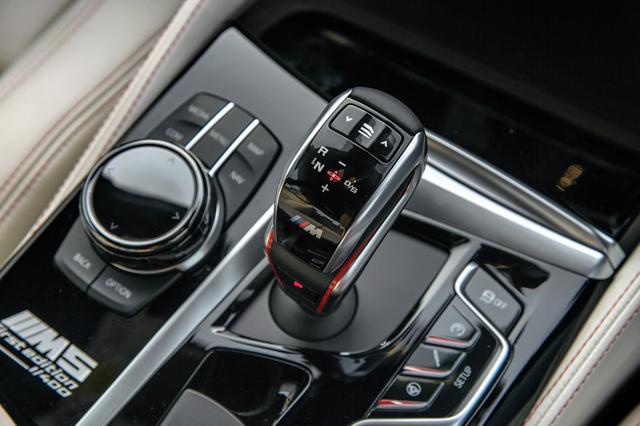 New on this M5 and the source of the most conjecture is a new four-wheel-drive system, drafted in to take care of the 600hp. The system is very different to Audi's quattro and works predominantly as a rear-wheel-drive, only transferring power when slip is detected. But will the presence of that front axle make the new M5 drive like a nose-heavy off-roader? Is the uncorrupted steering and the talkative rear axle gone forever? BMW says its four-wheel-drive system, even in the least of its sporty modes, 4WD, is predominantly rear-biased. You push even more power to the rear by selecting 4WD Sport, and then if you want to slide, there's even a rear-wheel-drive mode that sends no power to the front wheels. Thing is, you can only use it with the ESP or stability control fully off. So, keep a box of brave pills in the glovebox.

As on the earlier car, you can adjust the speed of your gearshifts, the weight of the steering, the stiffness of the dampers and the responsiveness of the throttle. And then there are the two 'M' buttons you can programme for quick access. What integrates the various systems of the car better on this new M5 is an all-new Central Intelligence Unit, a sort of nerve centre that assumes control of all dynamic behaviour. This limited first-edition car comes with 20-inch wheels 275/35-285/35 tyres, carbon ceramic discs and other goodies. But what's it like to drive?

There's no getting away from the size of the car. And it feels it, especially when you need to squeeze into medium-sized gaps in traffic. BMW has, however, given the new M5 such a quick steering, the car feels light on its feet and agile in a way the old M5 just never did. There's no heave-ho when you turn in, there's no feeling of a bulky body lagging behind when you enter a corner. The new M5 is only 15kg lighter, but it feels like BMW has lopped almost half a tonne off. 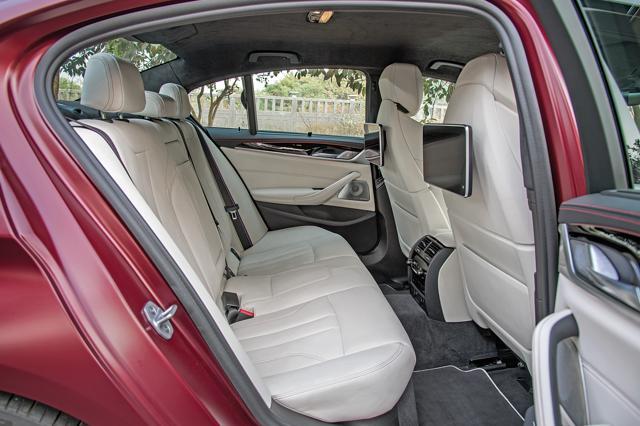 The roads open up and I go faster. The uprated V8 engine is just manic. And the four-wheel-drive system must be helping, because every time I push the accelerator down, the M5 takes off like it's been launched from a giant catapult, the tyres biting into the tarmac. The snarl from the V8 tells me to hang on, the gearbox manages to drop me into the meat of the powerband every time, and then throttle responses are so immediate, strong and torque-laden, the M5 just keeps reeling in the horizon. All you have to do is hang on; and prevent your head from being tossed back as you peer ahead. What can I say? This new-found agility and explosive performance has just taken the new M5 to an all-new level. And there's more.

The new four-wheel-drive system makes its presence felt a bit more at higher entry speeds. Pad the brakes to stabilise the M5 on the way into a long fast corner, and you do feel the front axle wake up with a mild shudder. And the if you've selected the MDM mode (for the ESP) and 4WD Sport, the M5 even helps you sideslip neatly, without generating too much of a slip angle. You do need to have the right conditions though - extremely wide corners and no traffic. And you need to be pushing hard. 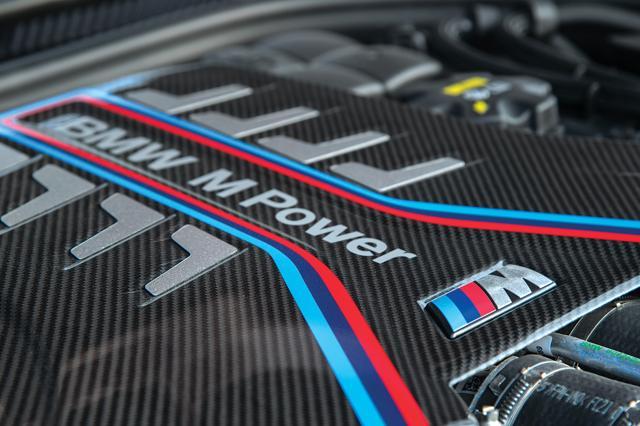 But the extra security of the part-time four-wheel-drive system works, just like it says on the tin. Does the extra weight of the four-wheel-drive system take away something from the M experience? Yes, it does. The M5's front axle doesn't feel as uncorrupted or pure as that of the M3 or the M4. Clarity, connection, and feedback from the controls are not as good, and every time the weight transfers forward, back or from one side to the other, it's more difficult to pick up. Still, it's among the best four-wheel-drive systems out there, right up there with Porsche's unit on the 911.

The M5 even works fabulously as a luxury car - it is the perfect blend of practicality, performance, and luxury, and even the crazy ₹1.43 crore sticker makes sense.]