Home Auto News Bikes Vs Coronavirus: Why This City Is Promoting Cycles To Beat Covid 19

Bikes vs coronavirus: Why this city is promoting cycles to beat Covid-19

At a time when congested public modes of transportation could lead to spread of coronavirus, cycling could well be a major safeguard.
By : AP
| Updated on: 18 Mar 2020, 10:41 AM 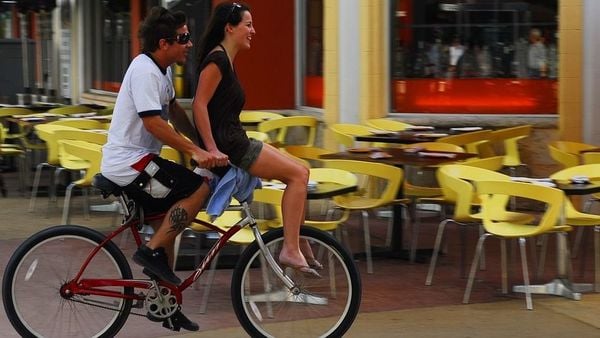 Wash your hands. Try to stay home. But if you have to go out, consider taking a bike.

That's the message the mayor of one of Latin America's most populous cities is sending residents in a novel bid to halt the spread of the new coronavirus.

Mayor Claudia López said the Colombian city is facing a “triple threat" of bad air quality, seasonal respiratory illnesses and now the coronavirus, which could combine to cause a surge in emergency room visits and collapse the healthcare system.

“We can’t withstand that pressure," she told residents in a video posted on Twitter.

Bogota already has an extraordinary network of bike paths, with about 340 miles (550 kilometers) of paved roads allotted for those on two wheels and a weekly event that bars cars on major thoroughfares.

Now officials hope those pathways could be one more tool in staving off the tide of coronavirus infections rising around the world.

“The bicycle could play a vital role in this situation," said Andrea María Navarrete Mogollón, 37, a cyclist making use of the expanded routes.

Thus far, Bogota has confirmed 33 coronavirus cases, all of which authorities say are connected to travel or someone previously diagnosed, but health experts believe the number will steadily increase in the weeks ahead. 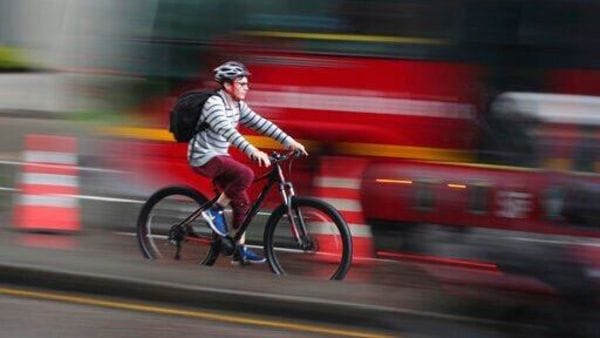 A man rides his bicycle in Bogota, Colombia, Monday, March 16, 2020. Officials in Colombia’s capital have expanded bike routes, encouraging people to abandon crowded public transportation and the risk of catching the coronavirus. The vast majority of people recover from the new virus. (AP Photo/Fernando Vergara) (AP)

Like many nations in Latin America, Colombia’s healthcare system is already stretched and faces an uphill battle to ensure there are enough hospital beds, respirators and medical staff to deal with a sudden influx of patients with complications.

For most people, the coronavirus causes only mild or moderate symptoms, such as fever and cough, but severe illness including pneumonia can occur, especially in the elderly and people with existing health problems.

Colombia has taken strict measures to halt the coronavirus spread, barring foreigners from entering the country, closing schools nationwide and ordering a curfew in several states.

“It’s one of the most advanced countries in the strategy to control the wider spread of the COVID-19," said Dr. Carlos Espinal, director of the Global Health Consortium at Florida International University. “I’m very pleased and surprised in a good way of those extreme interventions."

Could encouraging bike use also help?

“It will depend on the numbers," Espinal said. “Ideas are great. What is important is how people use it and what proportion of the population."

In the first day of the extended bike routes, the mayor’s office reported that the number of TransMilenio users dipped 23 percent during morning hours — though the decline is also attributable to a campaign encouraging people to stay home. Bikers balancing briefcases and backpacks could be seen using the new routes during morning and evening rush hour.

Bogota relies heavily on public transportation: 85 percent in the city of about 7.7 million people get around on foot, bike or bus, according to government figures.

Despite this, Bogota is nearly synonymous with intense smog. In recent weeks, the capital has been under a “yellow alert" after monitoring stations detected elevated particulate levels, at least partially caused by winds carrying the remnants of regional forest fires.

An estimated 2,000 people die in Bogota each year from respiratory illnesses, López said, and preexisting lung issues in a portion of the population could complicate coronavirus cases.

The mayor posted a picture of herself on a bike with a bright green helmet and a signature silk neck scarf on social media Monday while heading to a news conference.

“This is a great occasion to walk and bike more!" she wrote.

López's election last year made her Bogota’s first female mayor, as well as the first openly lesbian mayor of a capital city in Latin America.

Bogota has a storied history of trying novel approaches to changing citizen behavior. Former Mayor Antanas Mockus hired hundreds of mimes in the 1990s to publicly shame traffic violators and jaywalkers. In 2015, the city enlisted actors to try to teach manners through street performances.

Thousands cram into TransMilenio buses each day, with some stations so packed it’s hard to move, let alone find a seat. In recent days, users have shared ironic videos online showing droves of people trying to board as recorded messages remind people to avoid close contact.

“The TransMilenio is a coronavirus incubator," one user wrote.

In the first day of operation, many praised the new bike routes while others complained that they were causing monumental traffic jams in a city that already ranks as one of the world’s most congested.

Navarrete Mogollón, who years ago started a collective encouraging women to cycle, said getting on her bike Monday brought a few unexpected benefits.

“I left a little nervous about going out," she said. “But I’ve pedaled a little and now I feel better and that helps, too."