Bharat series registration mark for vehicles: All you need to know

The BH series number plate for vehicles aims to address the pain point of vehicle owners who have a transferable job.The initiative is a part of a host of citizen-centric steps taken by the government to facilitate mobility.
By : HT Auto Desk
| Updated on: 29 Dec 2021, 09:52 AM 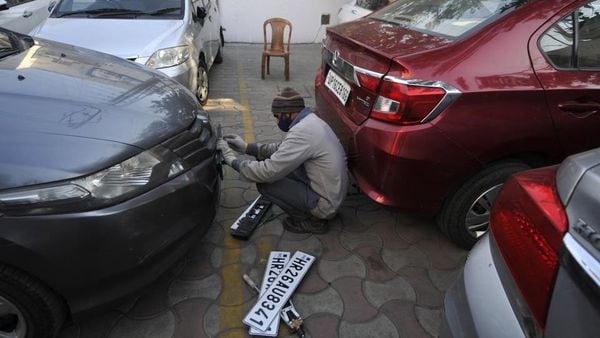 The Ministry of Road Transport and Highways formally introduced the Bharat Series or BH series of vehicle registration mark earlier this month for new vehicles across the country. The initiative is a part of a host of  ‘citizen-centric' steps taken by the government to facilitate mobility.

The BH series number plate for vehicles aims to address the pain point of vehicle owners who have a transferable job and frequently need to transfer the registration of their vehicle from the parent state to the new state within 12 months as required under section 47 of  the Motor Vehicles Act, 1988. The first notification about the BH series mark was issued by the ministry in August this year.

What does it mean to get a BH series mark for vehicles?

A vehicle bearing a BH series registration mark will not require assignment of a new registration mark when the owner shifts from one state to another. This means that people will transferable jobs will now not have to go through the hassle of getting their vehicles re-registered in a new state everytime they shift.

For vehicles registered under BH series, the government will levy tax for two years or in multiples of two - four, six or eight years. Motor Vehicle Tax will be levied annually after the completion of the fourteenth year of the vehicle, which will be half of the amount previously collected. (Read here)

What will be the format of a BH series mark?

Format of the BH series mark is YY BH #### XX. Here YY stands for the year of registration of the vehicle while BH stands for the code of Bharat series. This is followed by randomized numbers between 0000 and 9999, followed by alphabets.

Who will be eligible to get BH series number plate?

The vehicle registration facility under the Bharat series mark will be made available on a voluntary basis to employees of central and state governments as well as defence personnel. Employees of central and state PSUs, and private sector employees having their offices in four or more states or union territories will also be eligible to get the BH series registration mark for their personal vehicles.

How to apply for a BH series mark?

Once a vehicle owner passes the eligibility test, s/he can apply for the BH series number plate by logging on to the Ministry of Road Transport and Highways (MoRTH) vahan portal. This can also be done at dealer level during the purchase of new vehicle. The dealer will need to fill up Form 20 available on van portal on behalf of the vehicle owner.