Bentley has spent millions of pounds preparing for Brexit, booking a fleet of five Antonov cargo jets on a time-share basis for possible transport of vehicle bodies, engines or other parts.British and EU negotiators are hoping to clinch a trade agreement before the end of this week.
By :
| Updated on: 03 Dec 2020, 08:26 AM 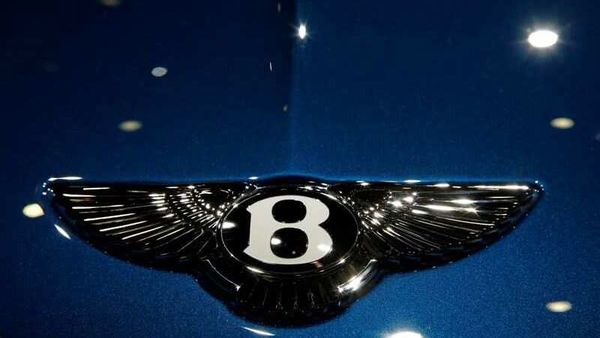 File photo - A Bentley logo is pictured on a Continental model car during the 88th Geneva International Motor Show.

Luxury-car maker Bentley Motors Ltd. has put cargo planes on standby and the French owner of Vauxhall is resigned to unavoidable disruptions as automakers brace for time to run out for a Brexit deal.

The two automakers with major UK manufacturing operations described how their industry is girding for the worst outcome as bureaucrats try to strike an agreement that determines whether cars and parts traded with the European Union are subject to tariffs.

“We’re ready to jump off a cliff with a parachute that we think works, but we haven’t yet tested," Adrian Hallmark, chief executive officer of Volkswagen AG’s Bentley division, said at a Financial Times conference Wednesday.

Bentley has spent millions of pounds preparing for Brexit, booking a fleet of five Antonov cargo jets on a time-share basis for possible transport of vehicle bodies, engines or other parts, he said. It also has arranged for extra warehouse capacity and boosted supplies to sustain 14 days of production, up from just two previously, to mitigate risks from Brexit and the pandemic.

While Hallmark said the company hasn’t gone beyond that on the assumption “things will work," a PSA Group executive was less optimistic.

“There will be disruptions," Alison Jones, the UK managing director for PSA Group, said at the same conference. “We’re as ready as we can be without knowing the outcome."

British and EU negotiators are hoping to clinch a trade agreement before the end of the week, with officials on both sides saying the outcome is still uncertain. The auto industry has stepped up calls in recent weeks to ward off potential levies on vehicles and parts. Failure to reach a deal could cost the industry 55.4 billion pounds ($74 billion), the Society of Motor Manufacturers and Traders said last month.

A Brexit deal is critical to PSA’s plant in England’s Ellesmere Port. Chief Executive Officer Carlos Tavares said earlier this year that investment at the site has been frozen and the business case for the factory would be re-evaluated once trade terms between the EU and U.K. are worked out.

“We need to know terms of a deal to make investment decisions," Jones said Wednesday. “That is the frustration for our industry in the U.K. and mainland Europe. It’s the lateness of the final decision."

Regardless of whether an agreement is reached, she said rules of origin will affect trade of batteries and plug-in vehicles and that a suitable agreement or transition period is needed.

In March, Tavares said it was possible PSA would ask the British government for compensation for any trade barriers. The company employs about 3,000 people in the U.K., mainly at facilities in Ellesmere Port that builds Astra hatchbacks and another in Luton, near London, that produces mid-sized vans.

For Bentley, the company would partially absorb a 10% tariff rate applied to cars in the absence of a trade deal and pass the rest of the expense on to customers, Hallmark said. The company buys 90% of its parts from the EU and sells 24% of its cars to the bloc.

The hit to Bentley’s bottom line would be damaging but is not an existential threat, he said, adding that he’s “still hoping for a deal."