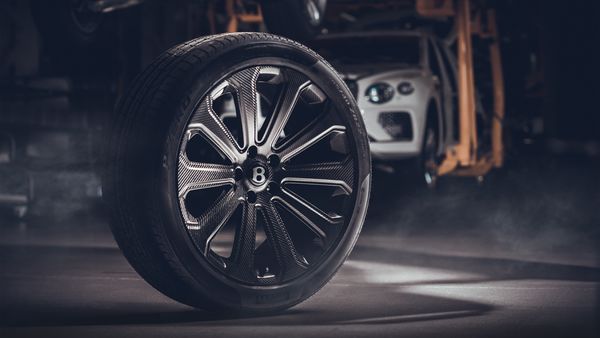 Bentley announced that it has developed a new carbon wheel, especially for the Bentley Bentayga SUV. This 22-inch carbon wheel is the world's largest carbon wheel in production, claims the luxury automaker.

Bentley Bentayga is considered as one of the fastest SUVs available in the world. It is powered by a 4.0-litre, twin-turbocharged V8 petrol engine and is mated to an 8-speed automatic gearbox. The engine can churn out 542 bhp of power and a massive 770 Nm of torque. The top speed of the SUV is 290 kmph and it can sprint from zero to 100 kmph in just 4.5 seconds.

Bentayga's new carbon wheel has been subjected to rigorous testing. It has undergone testing which include biaxial stress testing, radial and lateral impact testing for simulating cobblestones and potholes, excessive torque that exceeds permitted levels and tyre overpressure. The impact test which is known as the most significant test has also shown the wheel is safe combining the performance benefits.

In the test, after a severe impact, the carbon fibre rim was observed to allow slow tyre deflation. This positive result is being attributed to the smart layering of fibre weaves that allows the car to come out of a precarious spot in a safe and controlled manner. It has also undergone a pace test on the Nurburgring Nordschleife track. 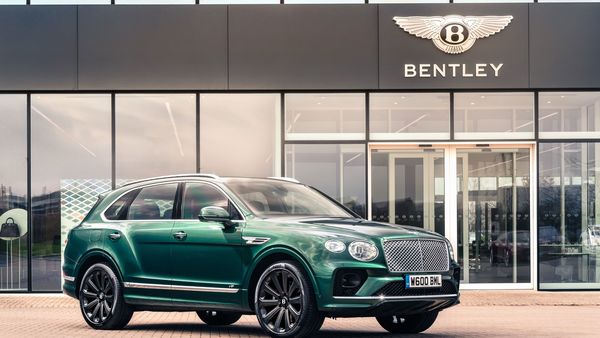 Bentley shares that the technological benefits of composite wheels range from increased safety, steering agility and responsiveness and improved braking system due to its decreased unsprung mass. The luxury automaker informs that the 6 kg improvement in unsprung mass per wheel gives these tyres high stiffness that leads to improved stability and a consistent steering platform.

(Also read | Wait, what? Bentley collaborates with Scottish whiskey brand for this reason)

The rim manufacturing process comprises the use of high-pressure resin transfer moulding (RTM). The brand also states that the materials and production parameters have been carefully studied to ensure the repeatability of the product without affecting its quality. Bentley informs that the new wheel will be available to order in late 2021.