The Bajaj Avenger Street 180 is now the most affordable cruiser in India. Is the bike, launched last month as a replacement for the Avenger Street 150, worth your money?
By : Autocar
| Updated on: 17 Mar 2018, 09:43 AM 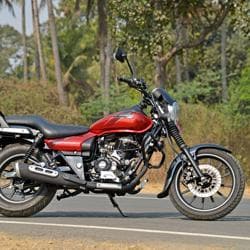 Despite the popularity of cruisers in our country, there aren't many affordable options available in the market. Over the years, the only reasonable cruiser offering in the market has been the Bajaj Avenger series. The Avenger line-up witnessed a whole lot of different engines since its debut with a 180cc motor a decade ago, and the latest iteration is the Bajaj Avenger Street 180 which has been positioned below the Avenger 220 Cruise/Street as the new entry-level option in the range. The new motorcycle was launched last month as a replacement to the Avenger Street 150 and it now gets a new engine and revised styling. So, we took it for a quick spin to find out how it rides.

At first glance, the new Avenger Street 180 doesn't look very different from its predecessor. But look closely and the design differences appear, like the skull-shaped headlamp with LED DRLs and new cowl, new tail-light, and the redesigned backrest. The seat now has a faux carbon-fibre texture and the Avenger insignia on the fuel tank is also different. Unlike a traditional cruiser, Bajaj designers have made sure that there are no chrome elements on the bike, and the all-black theme makes it look more urban and modern. 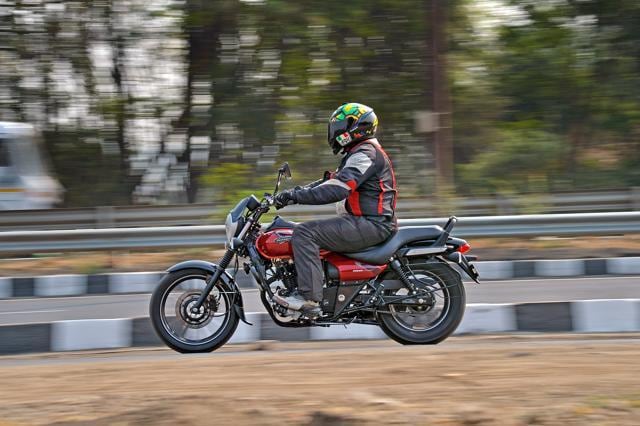 Unlike the 2018 Avenger 220, which features an all-digital console, the Avenger Street 150 gets a single-pod instrument console with an analogue speedometer and digital read-out for the trip meter and odometer. The fuel gauge and the tell-tale lights have been positioned on the fuel tank, and while they aren't in the rider's field of vision, they flow well with the cruiser theme. Switchgear has been carried forward from the older bike and it is of good quality. Overall build quality, however, is passable for the price. 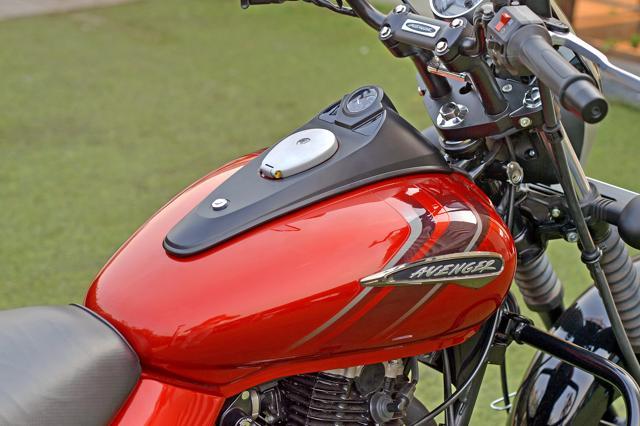 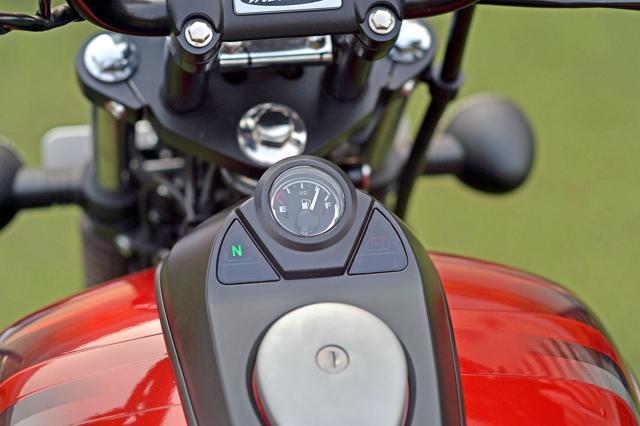 The biggest difference in the Avenger Street 180 is the all-new powerplant. Bajaj has updated the bike with a 180cc motor sourced from the Pulsar 180. The 178.6cc, air-cooled unit develops 15.3hp at 8,500rpm and peak torque of 13.7Nm at 6,500rpm. In comparison, the Pulsar 180's mill delivers 16.8hp at 8,500rpm and 14.2Nm of torque at 6,500rpm. According to Bajaj, the reduction in power is to reduce the load on the motor for a stress-free nature that will better suit what the Avenger is meant for.

And we must say it works; the engine feels significantly more refined than the Pulsar 180's motor. It builds speed in a relaxed manner with a linear power delivery. Cruising speed is around 90-100kph, which we feel is adequate; above this, the motor feels stressed, and vibrations get harsh. The five-speed gearbox offers positive gearshifts and the light clutch means that one shouldn't feel fatigue while riding in traffic. Bajaj claims a mileage figure of 45kpl in real-world conditions, which should result in a range of close to 600km with the 13-litre fuel tank. 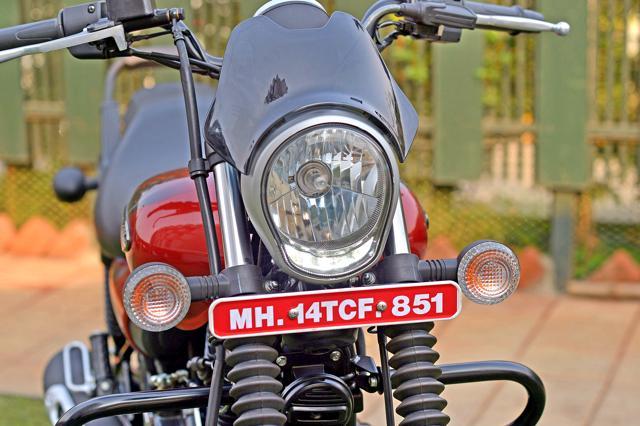 Cycle parts like the frame, telescopic front fork and twin shock absorbers at the back, have been carried forward from the Avenger 150. The riding triangle is also similar, and the flatter bar means that tall riders will feel a bit cramped for space. The riding posture makes you feel like you're sitting on the bike rather than in it; while this is good for city riding, on the highway it may get tiring. Another aspect that really impressed was the Avenger Street 180's tight turning radius and the direction changes are swift. Suspension travel on the rear shock absorbers have been increased from 98mm to 108mm and the bike felt comfortable over broken roads at low speeds. It doesn't feel unsettled over sharp bumps either. Braking hardware consists of a disc brake at the front and a drum at the rear, and they do a good job of shedding speeds. ABS is not available, even as an option. 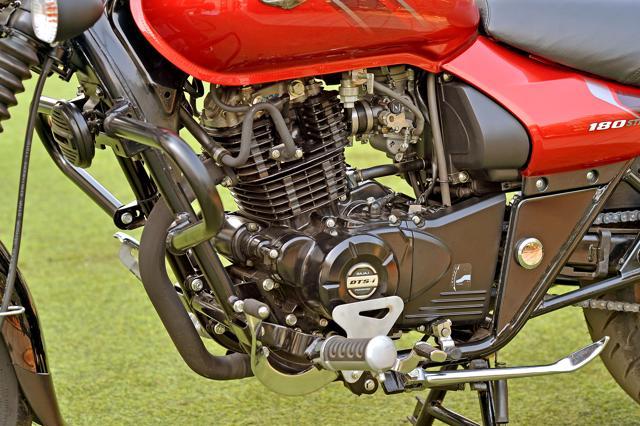