Back to school means back to traffic jams on England's roads

With public transport still seen by many as a high-risk environment for coronavirus infection, some people appear to be favoring the family car for local journeys.
By : Bloomberg
| Updated on: 04 Sep 2020, 11:47 AM 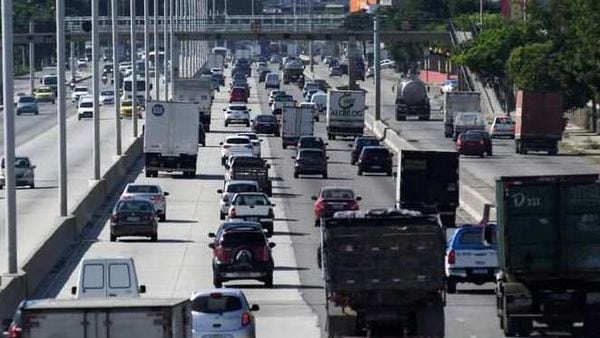 File photo of traffic jam used for representational purpose only

Children in England are going back to school after a five-month break, and the resumption of on-site education is coinciding with a return of that morning bugbear: the traffic jam.

With public transport still seen by many as a high-risk environment for coronavirus infection, some people appear to be favoring the family car for local journeys. Now that summer holidays are over, more vehicles are on the road, leading to longer delays that are showing up in near real-time congestion data.

Figures for English cities from TomTom Traffic Index show the emergence of a clear morning spike in travel times compared with last week. The delays have gotten longer as the week has gone on and more schools have opened their doors.

Journeys taken in London between 8 and 10 a.m. Thursday took an average of 35% longer than they would have done on empty streets. That’s an extra 21 minutes on a one-hour trip and compares with an average 10-minute delay during the same hours last Thursday.

The burden has not only fallen on the roads, though. Despite the concerns, public transport use has also received a big boost from the return to school. By 10 a.m. today, passenger numbers on the London subway were up 17% and bus users had risen 22% compared with the same time a week earlier, data compiled by the city’s transit manager show. That’s a much stronger increase than the 8% for the subway and 6% for buses seen as recently as Tuesday. Even so, subway use is still just 30% of last year’s level, while bus passengers are down year-on-year by 54%.

That pattern of road congestion is being repeated across the country, with data for Manchester, Birmingham, Liverpool and Bristol all showing similar similar morning spikes.

Morning delays still aren’t back at last year’s levels, but they are getting a lot closer than they have been since March, when schools were closed, as this final chart shows.

More traffic will mean a boost to UK fuel consumption, although sitting in traffic outside schools isn’t exactly getting the country moving again. It will take more than the return to school to get fuel use back to where it was before the pandemic.