Home Auto News Back In The Game: Gm To Resume Production Of Bolt Evs From January Next Year

Back in the game: GM to resume production of Bolt EVs from January next year

The plan to resume the production of the Chevrolet Bolt EVs has been extended multiple times earlier, however, this time there is a fixed timeline that GM is looking at.GM recently rolled out a software update for the 2019 models that will limit battery charging in them to 80%.
By : HT Auto Desk
| Updated on: 05 Dec 2021, 16:59 PM 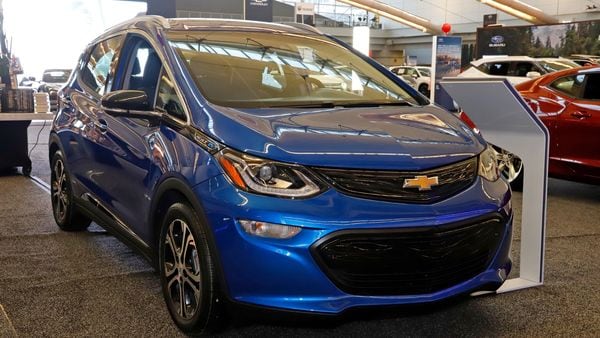 General Motors (GM) will resume the production of Chevrolet Bolt EVs from January end next year, after a long break, Electrek reported. Production of the Bolt EVs are currently paused due to the battery fire risk that the vehicles faces.

In August, GM had recalled all Bolt EVs and EUVs to avert the battery fire risk and while the recall process is still going on for the over 140,000 Bolts EVs from 2017 to 2022 model years. Battery modules of the vehicles will be replaced, and the new battery modules will include an extended limited battery warranty of 8-year/100,000-mile.

In September, the carmaker had announced that the issue with the battery has been discovered and fixed, and that the battery production was resumed. While resuming of the production of the Bolt EVs has been extended multiple times earlier, this time there is a fixed timeline that GM is looking at, unless it gets extended further.

The carmaker also reached an agreement with its South Korean battery partner LG Electronics in October to recover a cost of $1.9 billion from the latter out of the $2 billion spent in the costs for the recall of Chevrolet Bolt EVs. The automaker will recognize the recovery in its third-quarter earnings report.

GM recently rolled out a software update for the 2019 models that will limit battery charging in them to 80%, averting the risk of catching fire while being charged. The new software update for Bolt EVs will also run diagnostics for battery vehicle to detect specific defects that might indicate a rare battery issue.

Owners of Bolt EVs from model years 2017–2018 and 2020 or later will also receive the new software update sometime in December. Those EVs which haven't received the update yet are required to follow GM's advice to charge their vehicles to a maximum of 90% and extract a minimum of 70 miles of range.