Auto Expo 2020: What to expect from Kia Motors 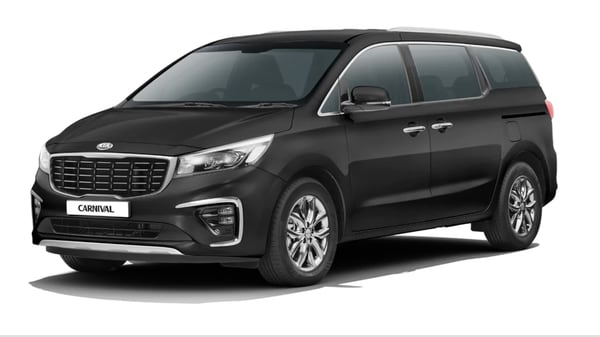 Kia entered the Indian market in July last year with the launch of Seltos. The South Korean carmaker will showcase its new compact SUV - codenamed QYI, at the Auto Expo 2020, which begins from February 7.

Kia QYI will be the Kia’s third car in India after Seltos and Carnival, which also has an unveil date at Auto Expo 2020.  The car is expected to be launched in the second half of 2020.

The front of QYI, a sub-4 metre compact SUV by Kia, is expected to sport the company's signature tiger-nose grille at the front and a two-part headlight design.

Right under the headlamps, a pair of large air dams can be spotted, while its bumper has been given a rugged look through silver elements running across. The rear exterior of Kia QYI is expected to be round.

The SUV is expected to sport curved window wraps. It will have a horizontal red LED strip that runs below the rear glass and links the tail-light clusters on both the sides.

Talking about the interior, the Kia QYI will come with a large touchscreen infotainment system, climate control, phone connectivity, steering-mounted control among other features. Ventilated seats, cruise control, sunroof and wireless phone charger could be made available on the top variant(s) of the car.

Kia QYI is expected to come with 1.2-litre petrol and 1.0-litre turbo-petrol. Seltos’ 1.5-litre diesel could be carried forward.

Kia QYI will meet the upcoming Bharat Stage (BS) 6 emission norms. It is expected to compete with Maruti Suzuki Brezza and Mahindra's KUV 300 in a toughly-contested segment.

Kia will also officially launch the Carnival MPV after generating a massive buzz.

The Carnival has Toyota Innova Crysta in its sights and Kia is looking to position it as a premium MPV in India. It is expected to be priced above Innova Crysta and at least on paper, has a lot going for it.

Under the hood is a capable 2.2-litre diesel engine which, while a gamble, promises unmatched performance. With 204 hp power anbd torque figures of 440 Nm, the Carnival could also be quite fuel efficient. Innova Crysta, in contrast, is offered in both petrol and diesel. The 2.4-litre petrol Crysta (AT) has peak power and torque figures of 147 bhp and 343 Nm.

Carnival will be offered with an eight-speed transmission option and is expected to be filled to the brim with convenience and luxury features. Reports suggest that the MPV will have a 360-degree camera, blind-spot cameras, three-zone climate control, connected car technology, eight airbags, dual-panel electric sunroof, one-touch power sliding doors, wireless charging, seats in Nappa leather and rear-seat entertainment system.