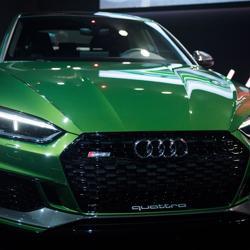 At a party before the New York Auto Show on Tuesday, Audi showed the latest item in its increasingly indeterminate lineup of five-door "coupes" and "sportbacks."

The all-new 2019 Audi RS 5 Sportback is a five-door "coupe" (as the company calls it) with a 444-horsepower V6 engine and seating for five. It's the seventh introduction in the Audi sport line that includes the RS 5 Coupe and the RS 7 Sedan.

The announcement comes a week after Audi AG said it plans to invest nearly $50 billion in new models and technology over the next five years in a bid to regain lost ground from German rivals Bayerische Motoren Werke AG and Daimler AG's Mercedes-Benz as each automaker extends its range of sporty sedans and crossovers. Audi's strategy is to increase variants and electric models in its already sedan-dense lineup. Executives have said they'll show 20 new models this year alone. 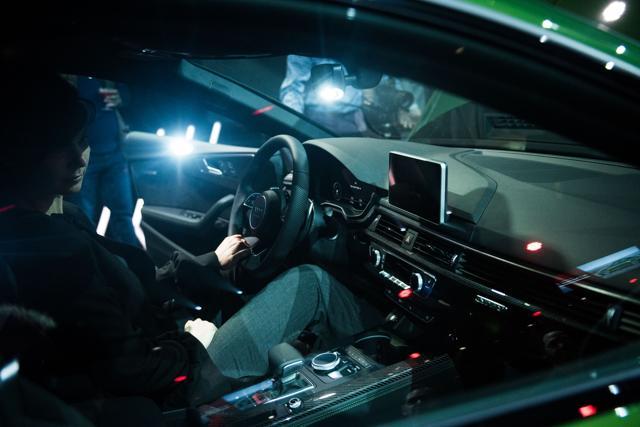 As part of that plan, the Audi RS 5 is the higher-tuned version of its $54,400 S5 Sportback. You'll be able to tell them apart on the road by the RS 5's uniquely wide and flat grille, large honeycomb air intakes, specific diffuser, oval exhaust pipes, and matte detailing on the exterior. Or by the distinct "RS" sound of its engine. It can get to 60 miles per hour in fewer than four seconds and has a top speed of 174 mph.

Otherwise, it will be very difficult to tell the difference between those two—or among the S5 Sportback, S7, RS 7 or even A7, for that matter. All are five-door, five passenger vehicles with sloped rooflines and Audi's signature gaping, four-ring grille.

On the interior, the RS 5 Sportback has Audi's typical wraparound dashboard and S sport seats, but with RS embossing and a flat-bottomed steering wheel, sport gearshift, and steel pedals. It has a new "RS"-style heads-up display that shows tire pressure, torque, shifting, and G-forces.

Audi hasn't released exact specifications for the new car at the time of this writing, but if it's anything like the excellent RS 5 Coupe, it'll be smooth, aggressive, and well-connected to the road, with 500-plus horsepower, excellent handling, and nimble balance. The verdict is still out as to whether it can change the bottom line for Audi, which had a successful run in the US last year, despite trailing BMW and Mercedes-Benz.