Aston said demand for its first sport utility vehicle, the DBX, which rolled off the production line at its Welsh plant in 2020, was strong in a lucrative segment of the market it entered to widen its appeal.
By :
| Updated on: 25 Feb 2021, 04:46 PM 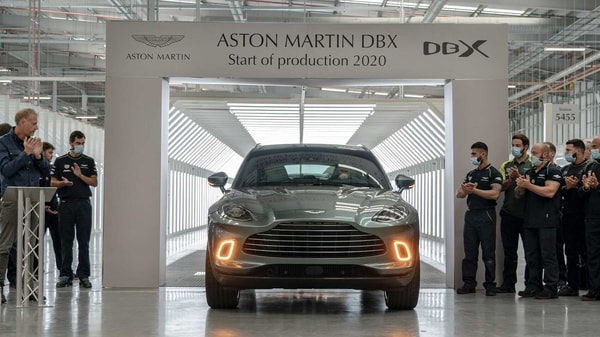 Aston Martin expects to almost double sales and move back towards profitability this year after sinking deeper into the red in 2020, when the luxury carmaker was hit by the pandemic, changed its boss and was forced to raise cash.

The British company's shares jumped 9% in early Thursday trading after it kept a forecast for around 6,000 sales to dealers this year as new management turns around its performance.

The carmaker of choice for fictional secret agent James Bond has had a tough time since floating in 2018, as it failed to meet expectations and burnt through cash, prompting it to seek fresh investment from billionaire Executive Chairman Lawrence Stroll.

For 2021, it expects "to see the first steps towards improved profitability" but is still likely to post a pre-tax loss, the carmaker said.

"I am extremely pleased with the progress to date despite operating in these most challenging of times," Stroll said.

Aston said demand for its first sport utility vehicle, the DBX, which rolled off the production line at its Welsh plant in 2020, was strong in a lucrative segment of the market it entered to widen its appeal.

The model accounted for 1,516 of deliveries to dealers last year and the company expects further growth in its first full-year of sales, including in the key market of China, where rivals such as Bentley are also seeing high demand.

"We had not even a half-year DBX production in wholesome so probably we are going to see over-proportional growth in China," Chief Executive Tobias Moers, who took over in August, told Reuters.